With centuries-old pagodas, rolling mountains, time-forgotten villages and breathtaking sunsets, Myanmar offers a timeless beauty that is crying out to be captured and shared with the world. As more regions in this once closed-off country open up, there are more chances than ever before to take unique and unusual images.

Here are our picks for the most compelling Instagram snaps that capture the essence of Myanmar: 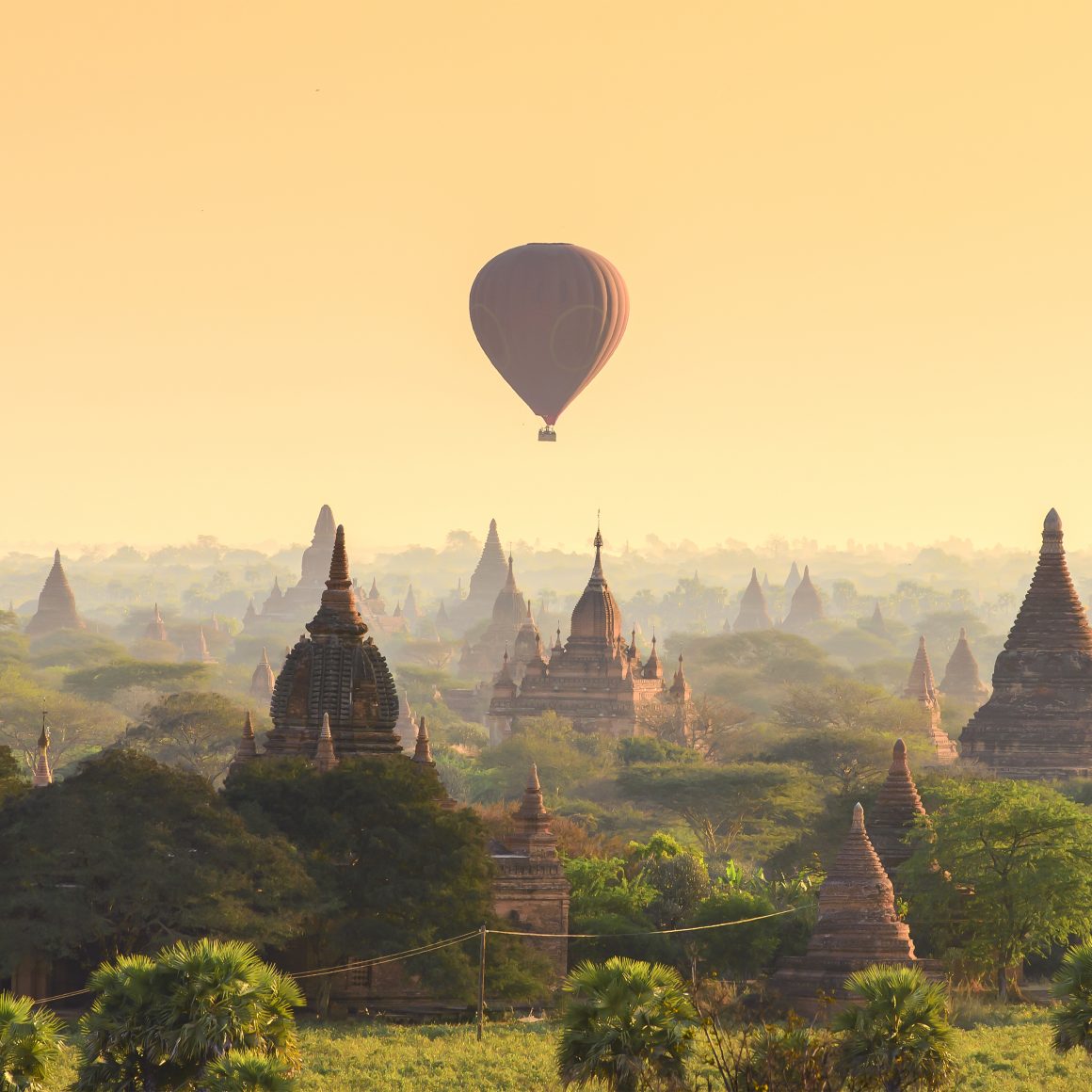 1. Bagan from the basket of a hot air balloon

For the ultimate image, float over the ancient city of Bagan in a hot air balloon at sunrise. Look down on a sea of endless temples, pagodas and stupas that rise from the misty plain. These beautiful, other-worldly silhouettes were built by the kings of Bagan in the 11th and 12th centuries. Back on the ground rent a bicycle and snap up-close images of the crumbling pagodas. 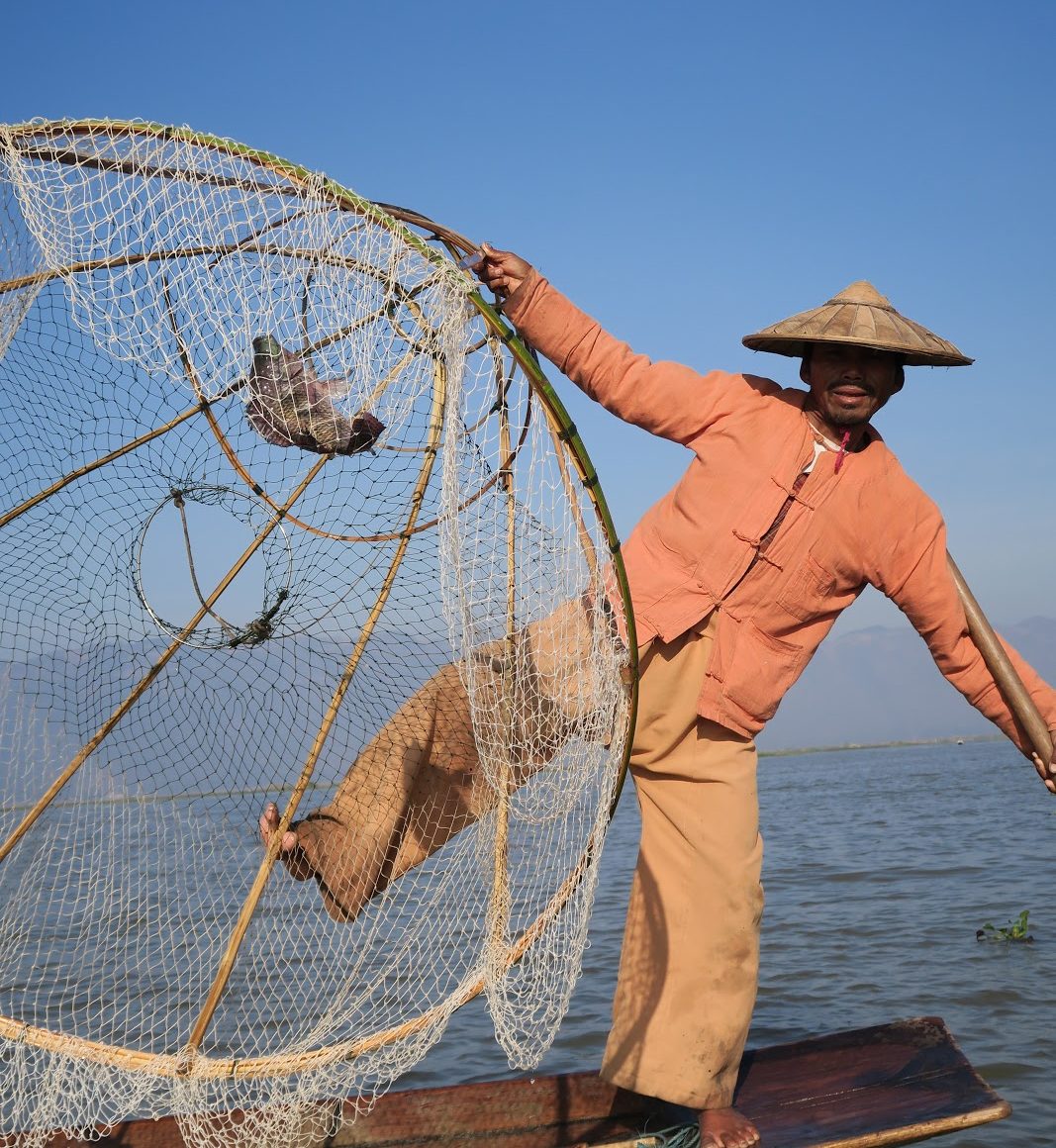 2. The balancing act of the Intha fishermen

Balancing on one leg on the prow of their narrow wooden boats, the skilled Intha fishermen use their other leg to manoeuvre the oar. The technique leaves their hands free to handle the huge conical nets that they haul out of Inle Lake. 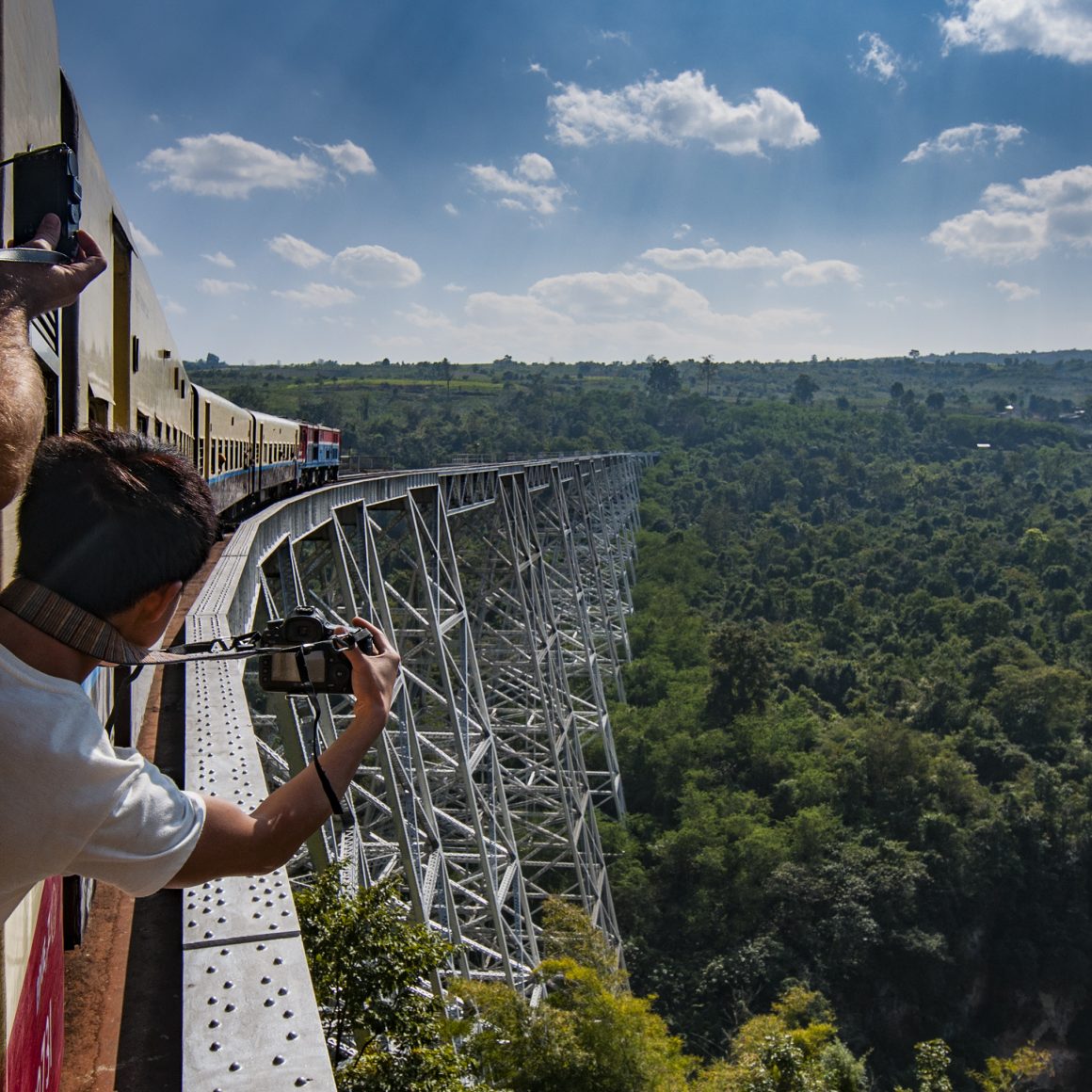 3. Gothiek Viaduct between Mandalay and Lashio

The goosebump-inducing views from the antiquated trestle bridge are not for the faint-hearted! On approaching the spectacular bridge, the trains slows to a crawl giving ample opportunities for photos. Through the open windows, look down on the meandering river and the deep lush gorge dotted with waterfalls. 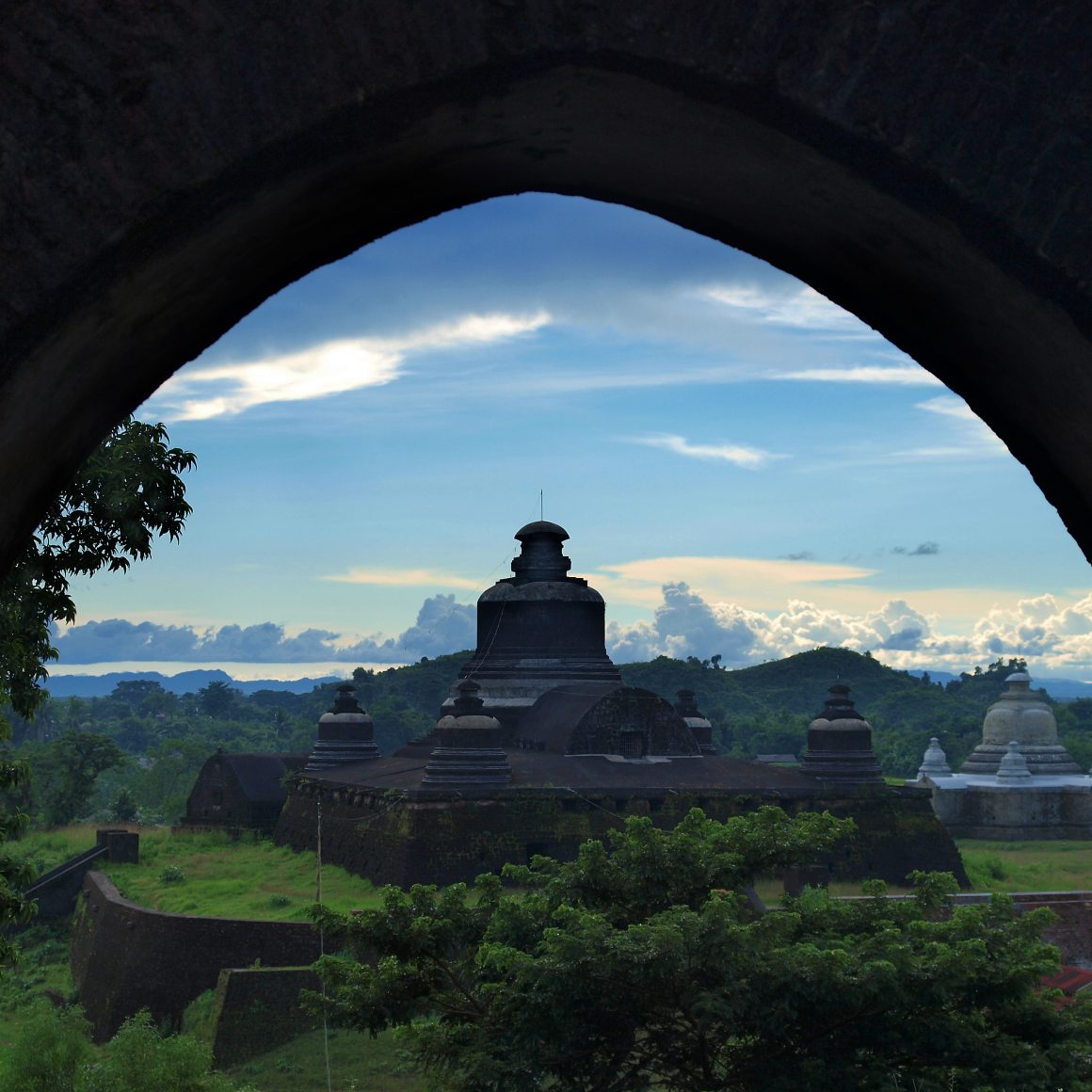 4. The forgotten ghost town of Mrauk U

Hundreds of stone temples lie abandoned in a glorious landscape of rural villages, rice paddies and small hills. In this little-visited backwater town you can photograph ancient temples – empty except for a few local worshippers and novice monks. Check out the Shittaung complex where over 80,000 Buddha images ornament the terraces and stupas. It’s worth getting up early to experience the mystical atmosphere of the morning fog. 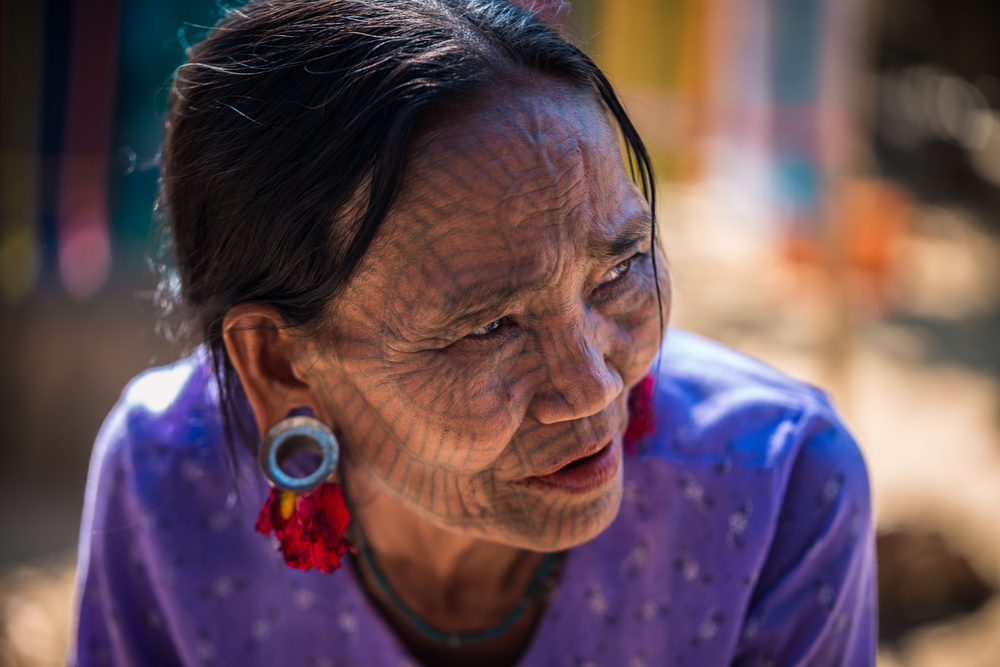 Capture a chapter of history in the mountainous and hard-to-reach Chin State, home to the tattooed ethnic minority women. According to legend, mothers would tattoo their daughters’ faces in order to hide their beauty so that they would not be taken as concubines for the king. The practice has now been banned and the tradition will die along with these women. 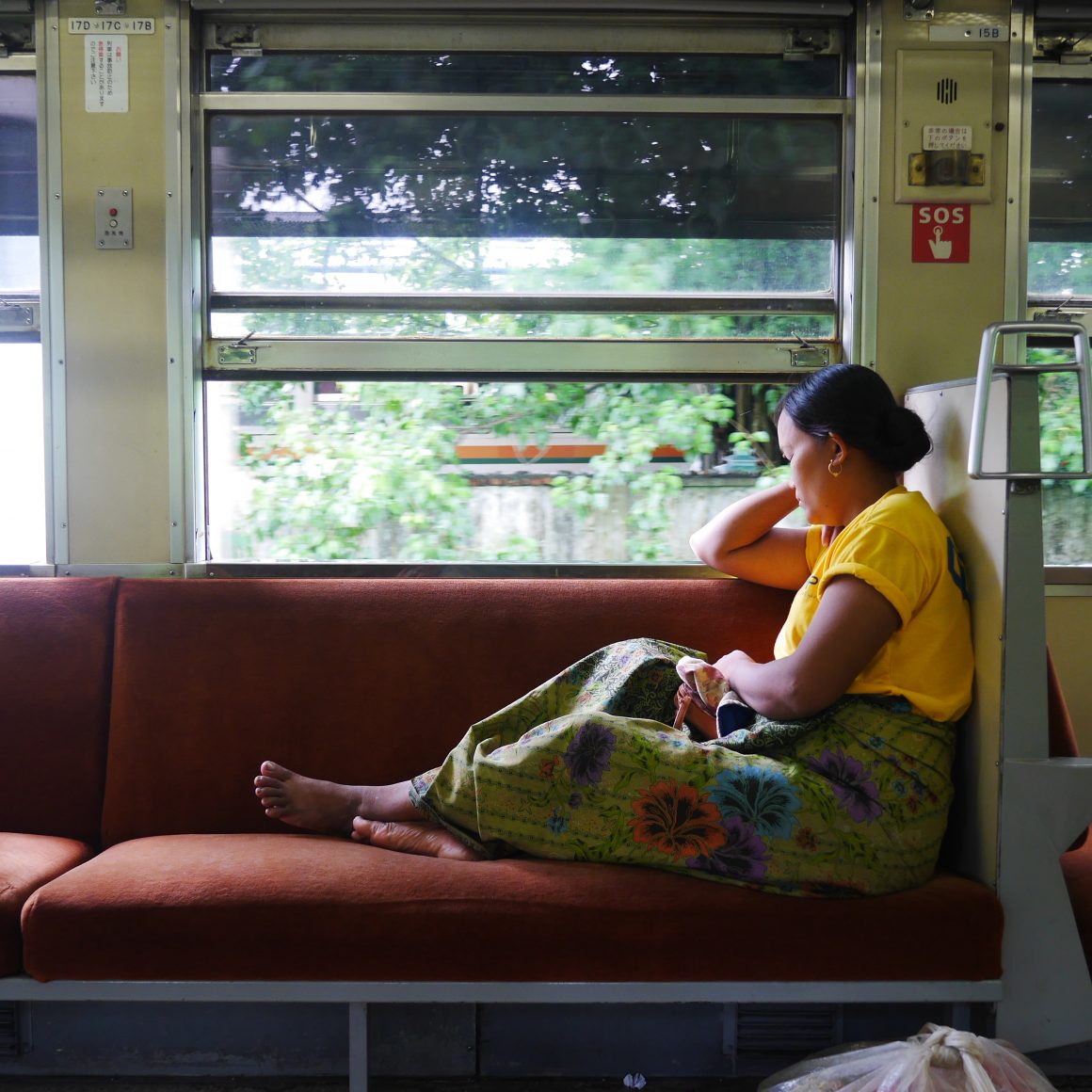 6. Life on the circular train

From the colonial-style Yangon Railway Station, buy a circular train ticket to Hledan Station. Snap the scenes of commotion at each stop as peddlers hop on and off the 1960’s era train and stroll through the carriages to sell their snacks. 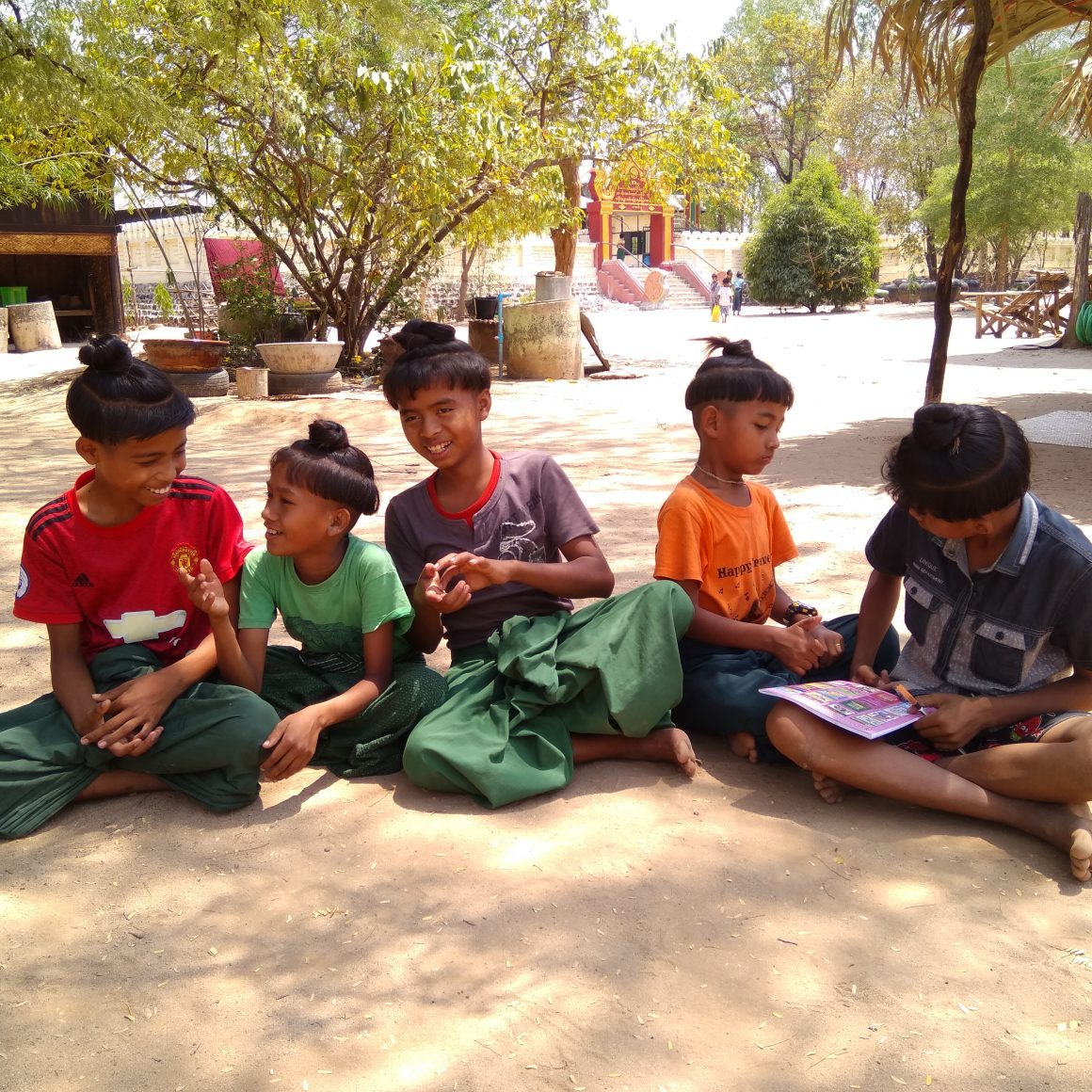 7. The traditional hairstyle of Set Set Yo Village

Not far from Bagan lies a village lost in time where a forgotten tradition is still being followed. Set Set Yo is the only village left in Myanmar where the children proudly wear their hair in a traditional topknot with a circular fringe. This ancient hairstyle is known as Yaung Pay Suu and is believed to have been developed during the Bagan dynasty around 1752. 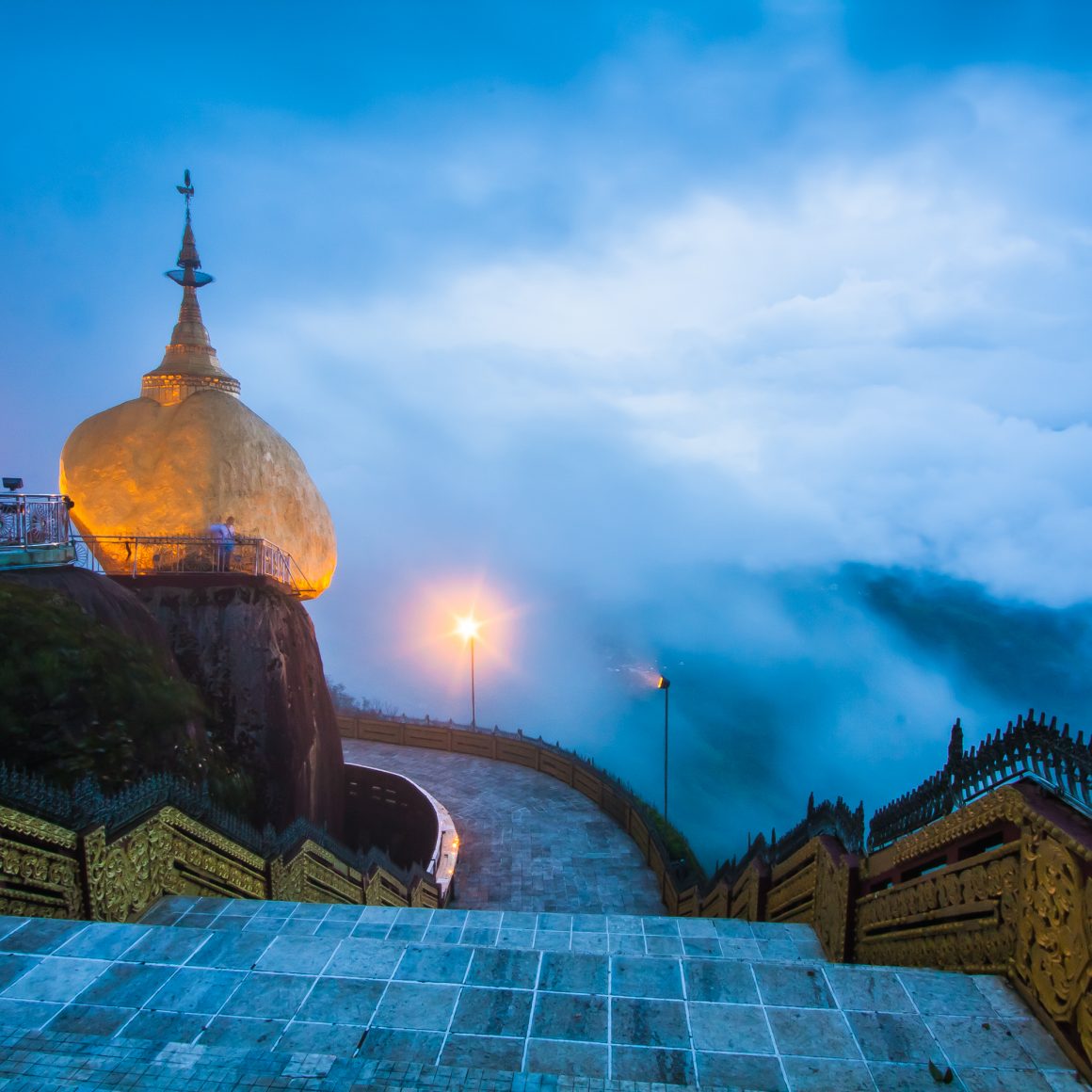 Also known as Golden Rock Pagoda, this huge golden boulder balances precariously on the side of the hill. Pilgrims come from all over the country to visit this sacred site that is said to be perched on a strand of Buddha’s hair. It is best viewed in the evening when the golden rock glows in the light of the setting sun. 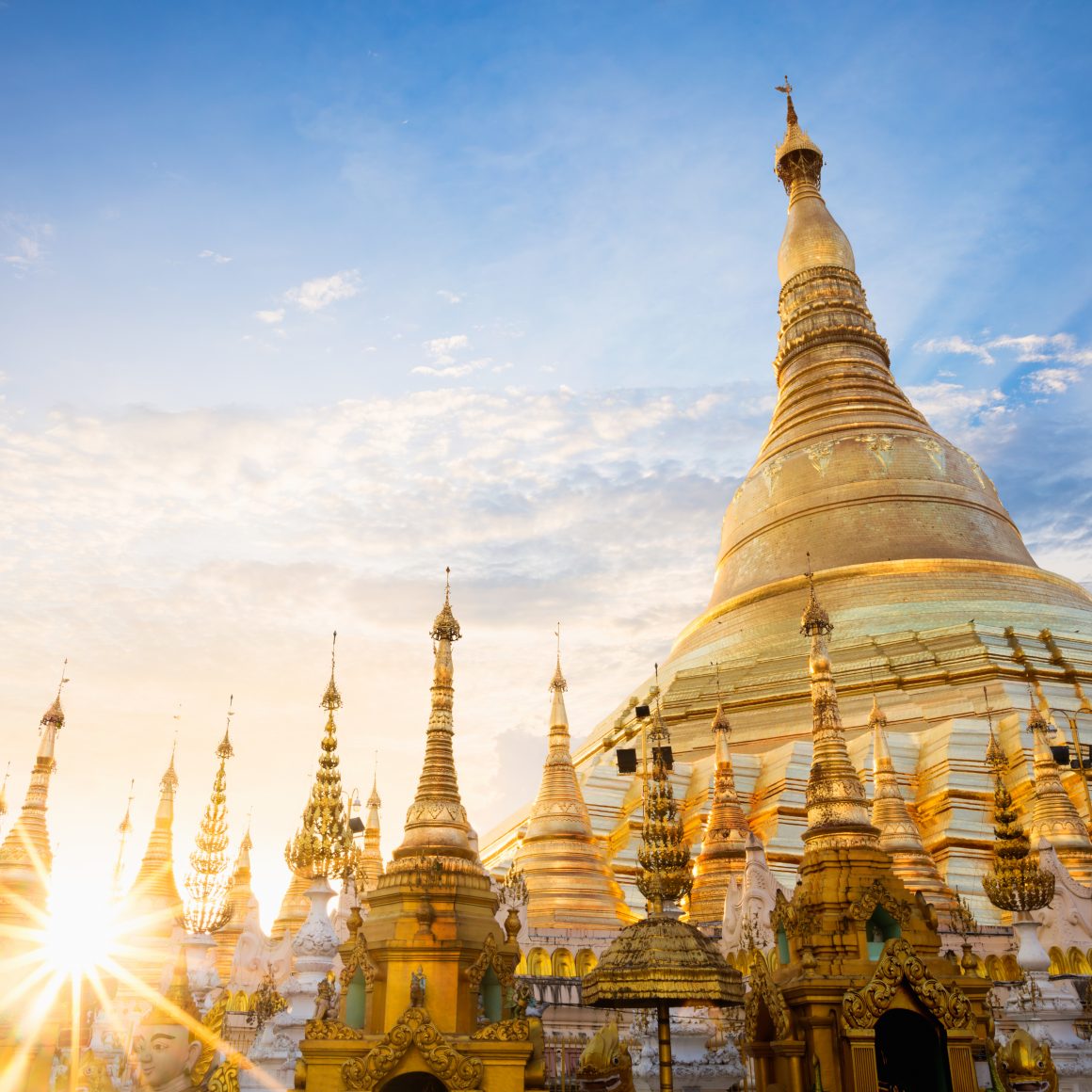 The golden dome of the Shwedagon Pagoda, tipped with 5,448 diamonds and 2,317 rubies, dominates the Yangon skyline. Visit at dawn if you want tranquility, but the most impressive shots will be early evening when the dome reflects the crimson and burnt orange of the setting sun. 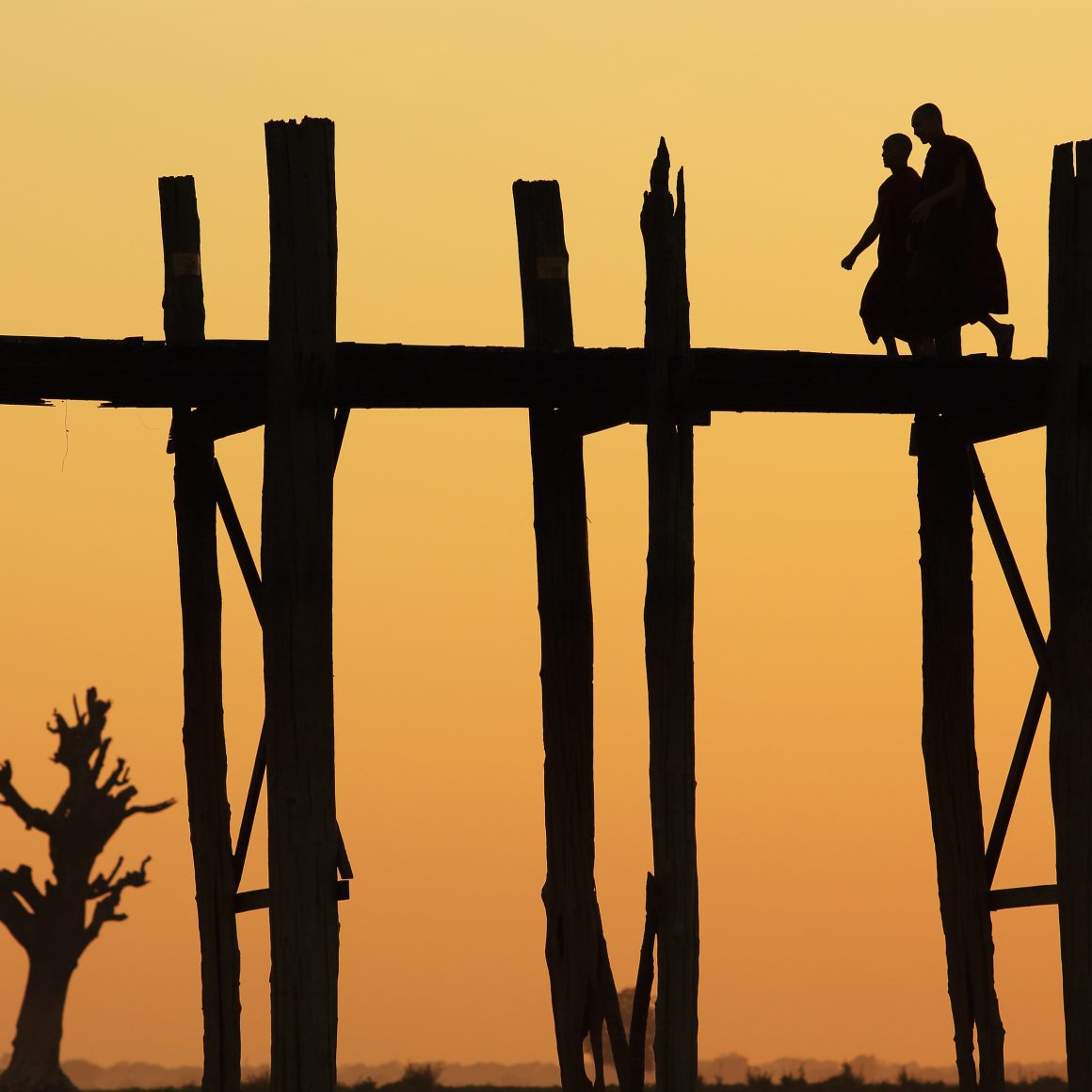 In Mandalay you will find one of the most photographed sites in Myanmar. U Bein Bridge is the world’s longest teak bridge stretching close to 1200 metres across the lake. At sunset capture the incredible scene of lines of crimson-clad monks walking across the bridge.