Vietnam is rapidly developing but holds onto the charming traditions and culture which make it such a fascinating holiday destination. History has left its mark on Vietnam by way of Chinese, French and American influence.

Northern Vietnam boasts some of the country’s most spectacular scenery with soaring mountains, forested limestone karsts and cascading rice terraces. The capital city Hanoi bears the traces of centuries of change in its wide Parisian boulevards and colourful Chinese temples. The seascape of Halong Bay is a magical sight; breathtaking rock pinnacles rise dramatically from the sea and floating villages sit languidly in the bay.

Central Vietnam offers historical cities and sweeping beaches. Hue, the old imperial capital, is home to the Citadel, Royal Tombs and the famed Perfume River. The UNESCO-listed city of Hoi An uniquely well-preserved and its streets are lined with old shophouses, Chinese temples, chic bars and fashionable restaurants. The thriving modern city of Danang showcases its fire-breathing Dragon Bridge and sits only a few kilometres away from a golden shoreline.

The Mekong Delta is blessed with lush fertile land where villagers in traditional conical hats work in vibrant green rice paddies and traditional boats with dragons’ eyes ply the murky waters. Ho Chi Minh City’s wartime past is displayed at the Cu Chi Tunnels and War Remnants Museum but this vast metropolis is also full of modern bars, shops and restaurants. 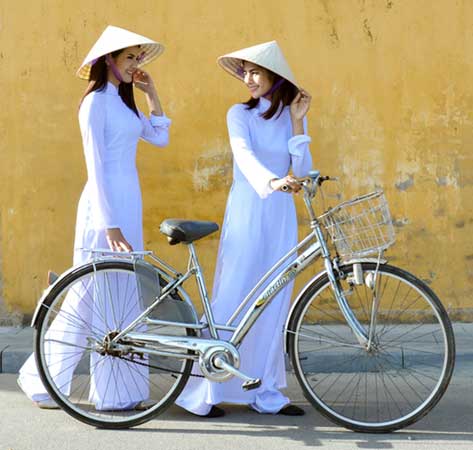 Vietnam’s northern climate has four seasons which are influenced by the monsoon from the south and colder weather patterns from the north. South Vietnam has a tropical monsoon climate that it shares with mainland Southeast Asia divided between a wet season and a dry season. The dry season lasts from November to April and the wet season is from May to October.

North Vietnam’s winter is influenced by the north-eastern monsoon from October to March. North Vietnam’s cold winter season lasts for approximately two months from December to January with very cool temperatures and high humidity and some rain. Its spring-like warm season lasts from February to April and hosts an abundance of sun and high humidity. The hot season comes during the months of May to August with plenty of sun and heat but some afternoon rain showers. The pleasant autumn-like season occurs from the months of September to November with low humidity and balmy sunny weather. The central region has a stormy season during this time of the year.
During the dry season in the southern areas of Vietnam one can expect warm tropical weather with occasional afternoon showers which last for an hour or two. During the wet and rainy season heavy rain showers can be expected in the afternoon with sun in the mornings. More steady rain can be expected in upper mountainous areas in the south as well as cooler temperatures.

Walking shoes for exploring Vietnam’s numerous natural wonders and attractions is a must regardless of the weather. Warm clothes for the north and mountainous areas throughout the country are also highly recommended, especially in the cooler months. Light clothes for the beaches and lowland areas of the south and a jacket for air-conditioned transfers is recommended.

Because of Vietnam’s diverse weather and climate it is best to double check the expected weather for the different climate zones before travelling or making plans. July to November can experience rough weather in the central coastal provinces where occasional typhoons make landfall so it’s best to avoid these areas at these times if possible.

Vietnamese art flourished between 500 and 200 BC with the creation of magnificent bronzes produced by artists from China. These pieces represent some of the first and finest Southeast Asian works of art.
The ‘golden’ period of Vietnamese art and architecture occurred in the 10th and 11th centuries in the Vietnamese kingdom of Champa, on the Annamite coast.
Unfortunately only 20 of 250 former sites have survived the intervening centuries, the most famous being My Son and Dong Duong. Characteristics of Vietnamese art and architecture are the pagodas and palaces at Hue and Hanoi.

Classical Vietnamese theatre, known as hat boi, has links with the classical theatre of China, however it is rarely seen these days. The most original theatrical art form in Vietnam is mua roi muoc or water puppet theatre. Plays are based on historical or religious themes, legends, village life and acts of heroism. Some include the use of fireworks – especially during battle scenes – while folk opera singers and traditional instruments accompany all performances.

– The Vietnamese used to greet one another by clasping their hands, prayer-like, in front of their faces and bowing slightly. Unfortunately, this charming custom has been replaced by the handshake.
– When trying to gain the attention of a Vietnamese, try not to point or gesture excessively as this is regarded as rude. Call out their names if possible, or beckon by using the whole hand, palm downwards.
– Do not touch people on the head as it is regarded as spiritually the ‘highest’ part of the body.

Ethnic Vietnamese make up almost 90 percent of the population. Vietnamese culture was strongly influenced by the traditional Chinese civilization, however the struggle for political independence from China developed a strong sense of national identity in the Vietnamese people. Nearly 100 years of French rule (1858-1954) introduced European elements, but the Vietnamese still attach great importance to the family and continue to observe rites honoring their ancestors.
Various ethnic groups make up the remaining 10 percent of the population. The second largest minority is the southern Montagnards or ‘mountain people’ and the third largest is the Khmer Krom (Cambodians) who are mainly found near the Cambodian border and at the mouth of the Mekong River.
Other minority groups include Cham, remnants of the once-mighty Kingdom of Champa.

Vietnam supports adherents of all the major world religions, as well as followers of religions that are peculiarly Vietnamese: Theravada and Mahayana Buddhism, Protestant and Catholic Christianity, Taoism, Confucianism, Islam, Cao Daism, Hoa Hao and Hinduism. In addition, spirit and ancestor worship (To Tien) is also practiced. Confucianism is probably the most pervasive doctrine of all. 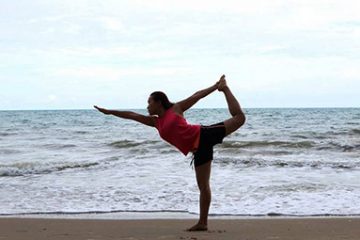 A Healthy Day in Hoi An

Highlights Start the day in a positive way with a morning yoga practice. Explore the stunning countryside with a leisurely 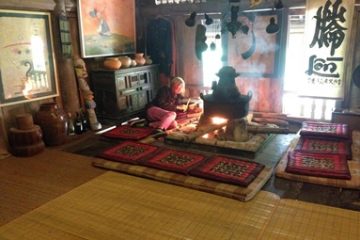 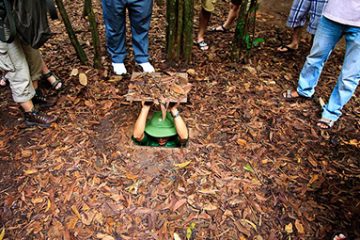 Highlights Crawl through the Cu Chi tunnels an underground network built by the Vietcong during the war. Explore the area 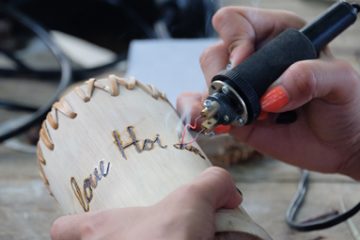 Bamboo Artisanry of Hoi An by Bike and Boat

Highlights Exploring traditional arts of Hoi An by cycling. Cruising to Cam Kim Island and riding through the lush beautiful 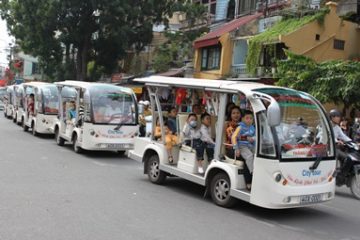 Highlights Explore the city by an open-sided electric car for an hour. Visit the artisan’s house who is last traditional 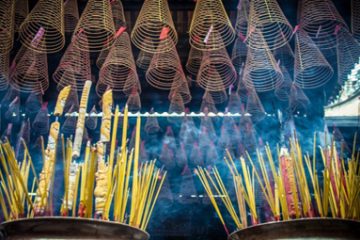 Highlights Visit the historic district of Cho Lon on a different angle: get the chance to see the backstreets and