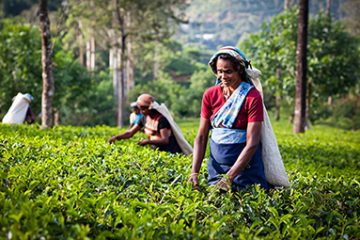 Highlights Enjoy a jeep safari at Wilpattu National Park,Visit to Anuradhapura is the capital of Sri Lanka from the 05th 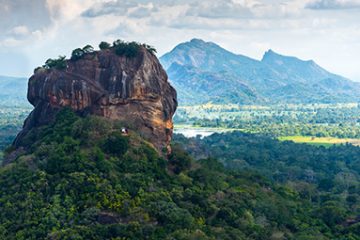 If golden beaches, rising waves, misty mountains, mighty elephants, stealthy leopards, giant whales, a majestic past, lovely tea and warm smiles could sum up a country, that would be Sri Lanka.

Sri Lanka has often been described as a tropical paradise. The vegetation of the coastal belt is lush and dramatic, and the mountainous areas of the interior are spectacular. Pleasant sea breezes temper the coast’s tropical climate through most of the year; the hills and mountains in the island’s centre are cool at night. Arab traders of long ago knew the island as Serendib, which is the origin of the word serendipity, reflecting the unexpected pleasures of the land.

Sri Lanka, once known as the British Crown Colony of Ceylon, became independent in 1948, although it remained under dominion status. Its 1972 constitution proclaimed it an independent republic, and changed the country’s name. Finally, in 1978, a new constitution officially declared the island the Democratic Socialist Republic of Sri Lanka.

The country’s position close to the Equator means that at least one aspect of the weather in Sri Lanka, the temperature, remains fairly constant year-round. Coastal and lowland areas enjoy average daytime temperatures of around 26–30°C. During the hottest part of the day, they can often climb up well into the 30°Cs. Rainfall varies depending on which part of Sri Lanka you are visiting.

Bring loose, comfortable clothes, and comfy walking shoes for visiting the numerous sites around the country. Remember that shoulders and knees need to be covered when entering places of worship. It’s a good idea to pack mosquito repellent, lots of sunscreen and a light raincoat or umbrella.

The rainfall varies depending on which part of Sri Lanka you are planning to visit so research in advance.

Traditionally, Buddhism, along with Indian and East Asian architecture have been the most significant forms of influence on Sri Lankan art and architecture. Ancient art and architecture includes caves full of ancient paintings and Buddha images, and brick stupas that were built to enshrine relics. The Western colonists brought their own style of architecture. Houses and forts from the Dutch-era can be found along the coastline, while Colombo is home to many British-era buildings and churches.

There are several styles of classical Sri Lankan dance and theatre, as well as folk dances. One of the most well-known is the Kandyan dance form which gets its name from the last royal capital of Sri Lanka – Kandy. Today it is regarded as the national dance of Sri Lanka. Other popular dances include Low Country Dances, performed to appease evil spirits. The dances wear masks depicting birds, demons, reptiles and other characters.

Dress modestly when visiting temples and historical sites, and remove shoes and hats when entering places of worship. Ask for permission when taking pictures etc, and be mindful of your personal belongings especially in public places.

The population of Sri Lanka is around 21.44 million. The people are divided into ethnic groups. The four major ethnic groups are the Sinhalese, Tamils, Muslims and Burgher, with the Sinhalese being the largest group.

Sri Lanka is a multi-religious country. Buddhists comprise 70% of the population. Hinduism is the second most prevalent religion and predates Buddhism. Islam is third, having first been brought to the island by Arab traders over the course of many centuries. Christianity reached the country through Western colonists in the early 16th century and about 7.4% of the population are now Christians, There is also a small population of Zoroastrian immigrants from India.