What Singapore lacks in size it more than makes up for in culture, street life, futuristic skyscrapers, luxury hotels, elegant temples and grand colonial buildings. This tiny island state measures just 50 kilometres from east to west and 27 kilometres from north to south with 193 kilometres of coastline.

Although its history stretches back thousands of years, modern Singapore was founded in 1819 when the British governor, Sir Stamford Raffles, landed in Singapore and established it as a trading post for the British East India Company.

Today, Marina Bay Sands, with the world’s longest rooftop infinity pool and its iconic towers, is one of the city’s most recognised and photographed landmarks. There are gardens galore in this green metropolis. The Botanic Gardens is the world’s only tropical garden declared an UNESCO World Heritage Site; while the lush landscapes of Gardens by the Bay have earned numerous awards and accolades.

Yet Singapore’s legacy and history still lives on. Explore street markets and breathe in the aromatic spices of street food in Chinatown and Little India. Explore the bars and boutiques in the converted warehouses overlooking the river in Clarke Quay. In the colonial district wander past heritage buildings and museums – not forgetting to stop for a famous Singapore Sling in the grand old Raffles Hotel! 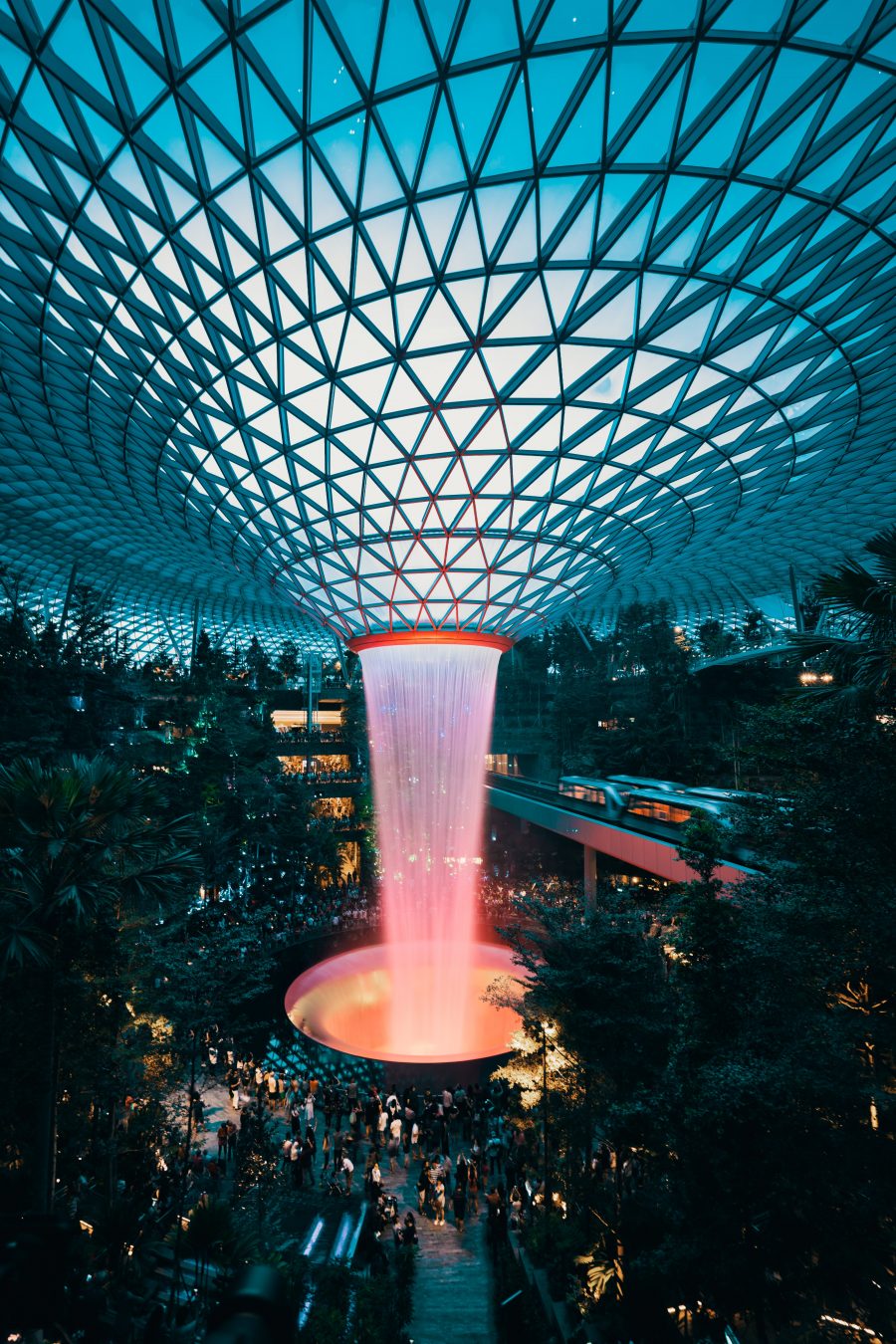 Singapore has only two seasons – wet and dry. The dry season usually lasts from March to August, while the wet season lasts from September to February.

Singapore is situated near the equator and has a typically tropical climate, with abundant rainfall, high and uniform temperatures, and high humidity all year round.

Bring loose, comfortable clothes that will keep you cool when the humidity is high. Comfy walking shoes are a good idea as there are plenty of nice walks in Singapore. Always carry a fold up umbrella in your bag in case of an unpredictable rain shower.

There is still plenty to do during the rainy season in Singapore as there are many indoor attractions and great shopping malls. Long periods of rain are uncommon so you can still explore outdoors, and even when it does rain, it’s still hot!

Traditional architecture in Singapore includes vernacular Malay houses, local shophouses and black and white bungalows. There are a range of places of worship reflecting the ethnic and religious diversity of the city-state, as well as colonial civic and commercial architecture in European Neoclassical, gothic, palladian and renaissance styles. In addition, there are now many examples of fascinating modern architectural marvels.

Dance in Singapore comprises traditional and contemporary forms. Traditional includes Chinese lion dances, Malay national dances, Indian Bharatnatyam, and Peranakan dance which blends Malay and Chinese influences in both choreography and clothing. In 2002, Esplanade – Theatres on the Bay opened. This innovative arts centre has become a premier performance venue for both local and international performing artistes and groups.

Do not smoke in public and do not chew gum as this is banned. Be careful not to llitter as there are immediate fines of up to $1000. Try to avoid showing displays of anger or shouting as this can cause you to lose face in a Singaporean’s eyes – so always try to be patient, calm and polite, even under trying circumstances!

The orginal inhabitants of Singapore were Malay fishermen. Today, the population is a melting pot of complementary ethic groups, consisting of 77% Chinese, 14% Malay, 8% Indians, 1% Eurasians, plus a sprinkling of people of other descent.

Singaporeans are free to decide and follow any religion they like. It is home to 10 religions, out of which Buddhism, Hinduism, Islam and Christianity are the primary religions, while Zoroastrianism, Judaism, Sikhism, Jainism and others form the minority cluster. However most people celebrate all festivals, regardless of the religion they follow.