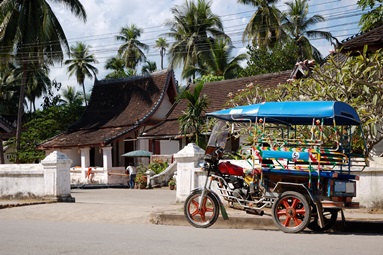 Highlights Get back to basics with a stay in a traditional house of the Lue ethnic group. Immerse yourself in 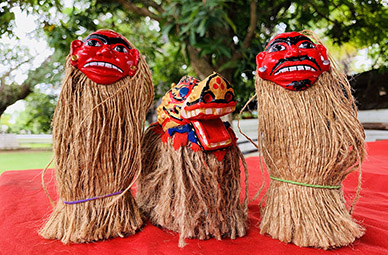 Highlights Climb to the top of Mount Phou Si for views over the town, temples and river. Photograph the exquisite 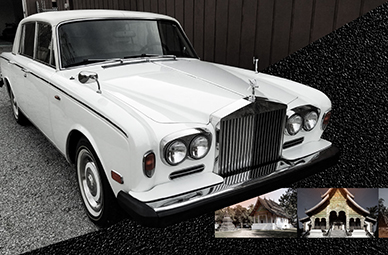 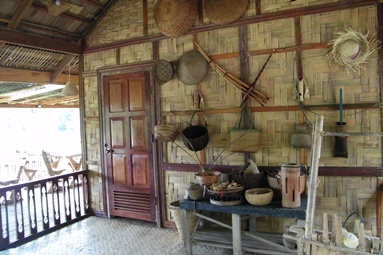 Highlights Cook, create and craft with bamboo. Learn how different bamboo products are made including fishing tools and musical instruments. 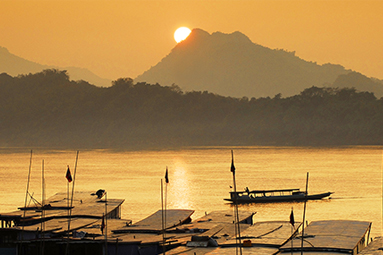 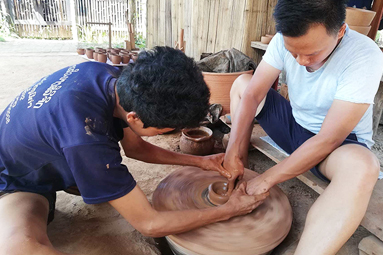 A Pottery Experience in Luang Prabang

Highlights Go behind the scenes in a rural pottery village. Witness traditional pottery making techniques and skills. Get hands-on and 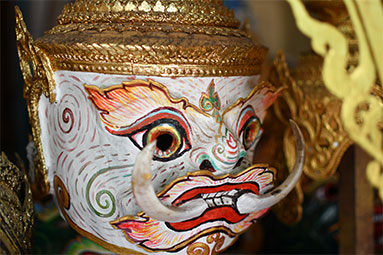 Highlights Meet three innovative and enterprising locals in Luang Prabang. Get an intimate insight into their early and current lives. 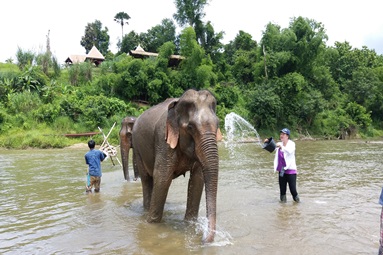 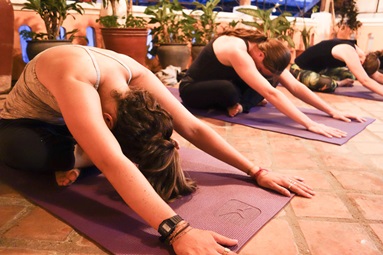 Meditation and Wellness in Luang Prabang

Highlights Journey along the Mekong to connect with your spiritual side. Meditate with a monk in a serene riverside temple. 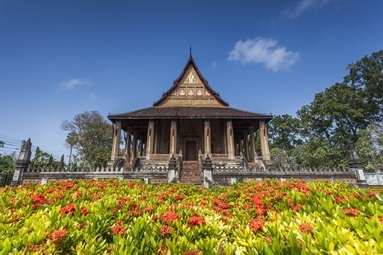 The Capital Inside Out

Highlights Visit a gleaming golden stupa which is perhaps the most important national monument in Laos. Gain an insight into 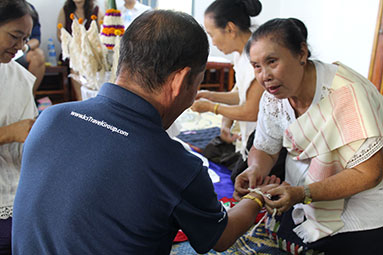 Highlights A spiritual Baci ceremony at a local house to call escaped spirits back to the body. A memorable experience 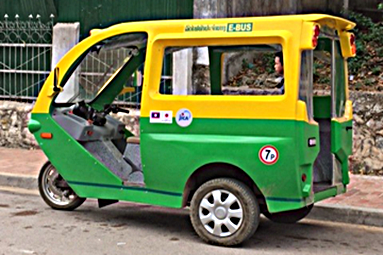 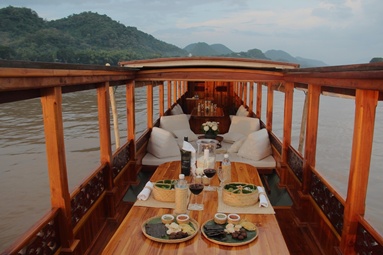 Highlights : Board a luxurious wooden for a gentle ride on the Mekong River and observe the life passing by 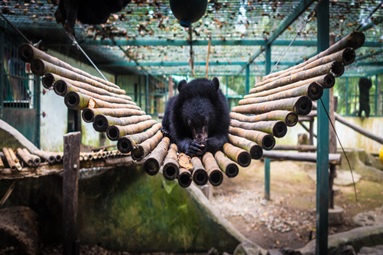 Behind the Scenes of the Bear Sanctuary

Highlights Spend a day feeding bears during a personalized tour with the Manager at a Bear Sanctuary. A private picnic 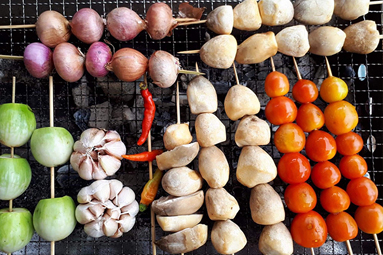 An Intro to Lao Cuisine 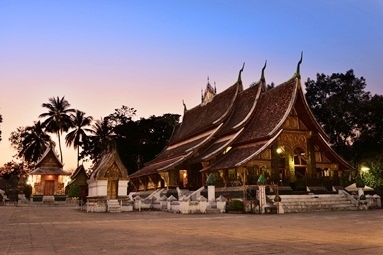 Highlights Discover the main sights of Luang Prabang by walk. Get an insider’s view of the religion and culture from

Traditionally known as the Kingdom of a Million Elephants, Laos is blessed with verdant countryside, glittering Buddhist temples, languid village life and gentle people. Years of isolation from the wider world have helped preserve Laos’ peaceful nature and allow a glimpse into a quieter time.

One of the last mysteries of Asia lies in the area around Phonsavan. Over 300 giant stone jars, carved out of solid rock, lie scattered around a plateau now known as the Plain of Jars. There are as many theories about their origin as there are jars, but as yet the mystery has not been solved.

Scenic limestone karsts and numerous caves can be explored at Vang Vieng, a small village sitting alongside the Nam Song River. At Oudomxai, traditional thatched houses spread across the edge of the valley towards the base of the magnificent mountains.

Small trading towns, traditional Khmer architecture and faded French colonial buildings are part of Laos’ charm. Its tiered waterfalls, tropical forests, dramatic mountains and lush natural beauty are enchanting. This often-overlooked part of South-east Asia is generally agreed to be the highlight of South-east Asia by those travellers who make it here. 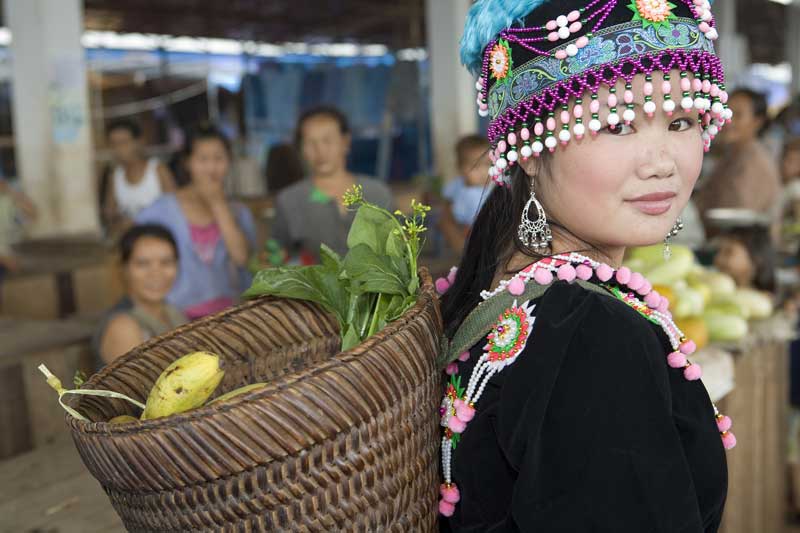 The best time to visit Laos is during the cool dry months of November to February, however the early months of the rainy season can be quite pleasant as the normally sunny weather is punctuated by short rain showers in the afternoon.

Laos experiences three seasons: the cool dry season lasts from November to February, the hot dry season lasts from March to May and the rainy season occurs during the months from the end of May to as late as early November. Because the country is landlocked it doesn’t get as much of a variation of competing monsoons and weather patterns as Thailand or Vietnam, and the weather is slightly cooler than in neighbouring Thailand and Cambodia, particularly in the mountainous regions.

Although Laos is slightly cooler than its immediate neighbours it is still a tropical country and there is an abundance of sun year round. The dry season is characterised by pleasant cool weather from November to February which is perfect for strolling to ancient temples and trekking. It is important to remember that the mountainous regions can also get very chilly in the evening with extreme weather shifts between night and day. The weather gradually gets a lot warmer and by March, April and May the country experiences its hottest months. The rainy season arrives in June and lasts until October, characterised by afternoon showers in low lying areas to more steady showers in mountainous regions which cool the land and nourish the great Mekong River – the lifeblood and pride of many people in Laos.

Because the country is located in the Southeast Asian tropics it is important to remember to pack accordingly. Bring plenty of undergarments and socks as they are used quickly, walking shoes and most importantly a sweater for cold nights if you plan on visiting in the cold season.

Thankfully Laos’ festival season takes place in the cool season and the end of the rainy season like the traditional Naga festival in October and the Boat racing festival in September. Another great time to visit, if you can handle the heat, is the Laotian version of Theravada Buddhist New Year in April which includes water splashing and the uniquely Laotian Rocket Festival which takes place in May.

Lao art is primarily religious in nature consisting of temple murals and bas-reliefs telling the story of the Buddha’s lives. Unfortunately much of Lao art and culture has been destroyed over the centuries by plundering neighbours. Additionally many ancient monuments were made from wood resulting in a limited life span.

Many of the doors and windows of temples have been engraved with scenes from the Ramayana depicting the struggle between good and evil. Prime examples are the huge teak shutters at Wat Xieng Thong in Luang Prabang.

The best pieces of sculpture originate from the 16th to 18th centuries and often feature a nose like an eagle’s beak, extended earlobes, and tightly curled hair. There are certain mudras (gestures) that are found only in Lao Buddhist sculpture. These include the ‘Calling for Rain’: the Buddha standing, both arms at the side of the body, fingers pointing downwards.

Lao music and dance have much in common with those of Thailand. Popular instruments include bamboo flutes, drums, gongs, cymbals and pinched or bowed string instruments shaped like banjos. The national instrument is the kaen, a hand-held pipe organ, made from bamboo.
Classical Lao theatre and dance have Indian origins and were probably imported from the Cambodian royal courts in the 14th century. Thai influence has also crept in over the years.

Traditional folk theatre, called moo lam, is a very special Lao form of theatre and has survived all kinds of censorship without change. The national folk dance is the lamvong Lao, in which people dance in a big circle, the men on one side facing the women, so that in fact two circles within each other exist.

– Monks are not allowed to touch women so do not hand anything to him or sit beside him.
– The traditional form of greeting is with hands together, prayer-like, but handshaking is done more frequently today.
– You should never touch anybody’s head intentionally as it is regarded as a particularly holy part of the body.
– Accordingly, the feet are literally the lowest part of the body so do not point your feet at anybody or at a Buddha image.
– Always take your shoes off when entering a temple or when visiting private houses.
– In general, pointing with the index finger is considered rude, so call out their name or beckon with the whole hand.
– Sensitivity to politically related subjects in conversation is advisable.
– It is polite to ask permission before taking photographs. Be wary in areas that have (or could have) military importance such as airports, where all photography is prohibited.

Buddhist Lao Loum of the lowlands contributes towards half of the total population. The Lao Theung who occupy the mountain slopes makes up about a quarter and the Lao Soung who live in the high mountains and practice shifting cultivation makes up less than a fifth of Laos’ total population.
The largest non-Lao groups in Laos are the Chinese and Vietnamese communities in the main cities.

The predominant religion is Theravada Buddhism although Animism is also common, particularly among the mountain tribes. Buddhism and spirit, or ‘phi’, worship coexist easily even though phi worship is officially banned. The clearest example of this is the baci ceremony which all Buddhist lowland Lao practice regularly at every major life event. The ceremony calls all the good spirits together to ward off the evil spirits. At some point during their lives many Lao males spend time in a Buddhist monastery, and almost every village has a Buddhist temple around which village life centres. Buddhist rituals follow the lunar calendar and there are several significant religious holidays and festivals that are widely observed.