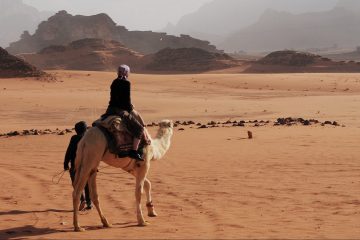 Mesmerizing Desert Experiences (10D9N) Highlights Jerash Jerash, a city north of the capital Amman, has been inhabited since the Bronze

Outdoor Enthusiasts (8D7N, incl. trekking) Highlights Jerash Jerash, a city north of the capital Amman, has been inhabited since the 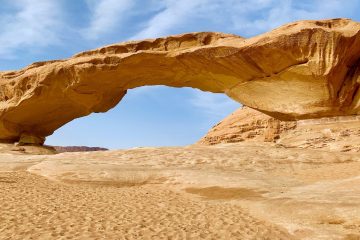 Jordan Heritage & Wadi Rum (8D7N) Highlights Jerash Jerash, a city north of the capital Amman, has been inhabited since 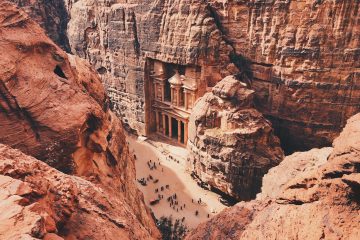 Highlights of Jordan (6D5N) Highlights Jerash Jerash, a city north of the capital Amman, has been inhabited since the Bronze 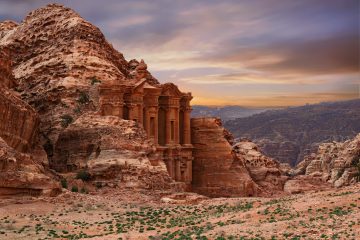 Jordan in a Nutshell (5D4N) Highlights AmmanJordan’s capital is a modern city with numerous ancient ruins. With over 4 million

Jordan is a land steeped in history. It has been home to some of the earliest settlements and villages – harbouring hidden relics from the world’s great civilisations.

As the crossroads of the Middle East, the lands of Jordan and Palestine have served as a strategic nexus; connecting Asia, Africa, and Europe. Since the dawn of civilisation, Jordan has played an important role in trade and communications due to its geography; connecting the orient with the west. Today. Jordan continues to play a critical role in geopolitical affairs.

Jordan represents some important old cultures from the East – this can be seen in some of the existing monuments such as the city of Petra, which is a huge tourist attraction for tourists from different countries.

Jordan has more than 100,000 archaeological sites; some of which are still in their original state. Jordan is also part of the Holy Land and therefore attracts a number of visitors on pilgrimages. The holy sites of Jordan mentioned in the Bible are: Mount Nebo, Madaba, Al-Maghtas, location for the Baptism of Jesus and Umm ar-Rasas.

Jordan’s attractions include Amman, the capital city; Aqaba, with its world-class diving sites; Petra, a famous archaeological site dating back to 300 BC; Jerash, one of the world’s best-preserved ancient Roman cities; Wadi Rum, home to Bedouin dwellings, desert dunes and granite rocks; and the Dead Sea, which is also a place for recreation, rest and holiday 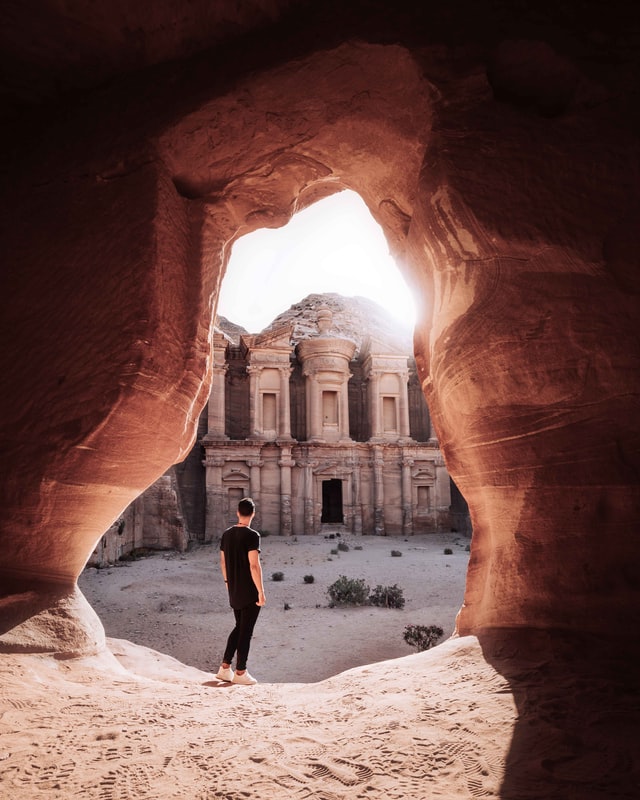 The best time to visit Jordan is from mid-March to mid-May and from mid-September until the end of October. These are the two periods in which it is pleasant in almost the entire country and there is little to no precipitation. In the warmest areas, it can get as hot in the first half of May as in September.

The climate in Jordan varies greatly. Jordan has a warm Mediterranean climate in the area around the West Bank, with mild, wet winters and warm, dry summers. Most of Jordan however has a desert climate with little or no rainfall. July and August are the hottest and driest months of the year. Throughout Jordan, daytime temperatures rise on average to around 30 degrees Celsius or higher. Amman and the Jordan Valley have more pleasant weather during spring and autumn.

Jordan is a primarily Muslim country, although the freedom of all religions is protected. Muslim women’s clothing often covers their arms, legs and hair. Western women are not subject to these customs, but very revealing clothing is never appropriate, and conservative dress is advisable for both men and women in the old part of Amman and outside of cities. Shorts are rarely worn by either sex, and would be out of place in downtown Amman.

A good pair of walking shoes are ideal for visiting temples and the desert. And don’t forget a hat, sunglasses, suntan lotion and mosquito repellant.

Jordan can be regarded as a typically Arab country for its people are very warm, friendly and hospitable. Jordanians are typically happy to forgive foreigners who break the rules of etiquette. However, visitors seen to be making an effort to observe local customs will undoubtedly win favour.

Joining local people for a cup of tea or coffee can be a wonderful way to learn more about local culture. If you are invited yet are unable to attend, then it is perfectly acceptable to decline. Place your right hand over your heart and politely make your excuses.

Feel free to consume alcohol, as it is widely available at bars and hotels across Jordan. During Ramadan, drinks are only available to visitors in their hotels. Alcohol can also be bought from supermarkets.

Jordan is a land steeped in history. It has been the home to some of humankind’s earliest settlements and villages; harbouring hidden relics from the world’s great civilisations. As the crossroads of the Middle East, the lands of Jordan and Palestine have served as a strategic nexus connecting Asia, Africa and Europe.

Jordan has more than 100,000 archaeological sites; some of them are still in their original state, such as the city of Petra and Jerash. Traditional arts and crafts are expressed in mosaics, ceramics, weaving, silver work, music, glass blowing and calligraphy. In the early 20th-century a contemporary Jordanian art movement emerged combining both tradition and modern art forms.

The Dabke is a traditional folk dance and can be danced by men, women or both. It is a dance of solidarity and a way of expressing nationalism featuring different steps and rhythms. Dabke combines circle dance and line dancing and is performed at weddings and other joyous occasions all across the country.

Do
– Do shake hands when meeting people, however conservative veiled women may choose not to do so.
– Do stand up when greeting others.
– Do tip waiters approximately 10% gratuity (unless a service charge is already included).
– Do haggle with merchants when shopping.
– Do dress conservatively when exploring public areas of Jordan.

Don’t
– Don’t interrupt, or pass in front of a person who is praying in a public place.
– Don’t openly consume food, beverages or cigarettes in public places during the holy month    of Ramadan.
– Don’t dress provocatively when walking outdoors.

Based on data by the United Nations, the current population of Jordan is approximately 11 million inhabitants. Jordan can be regarded as a typically Arab country for its people are very warm, friendly and hospitable. There is also a significant minority of Bedouin, who were by far the largest indigenous group before the influx of Palestinians following the Arab-Israeli wars of 1948–49 and 1967. Bedouin settlements are concentrated in the south and east of the country.

Jordan is an ideal destination for those seeking cultural knowledge and spiritual enrichment. Jordan values its ethnically and religiously diverse population, consequently providing for the cultural rights of all its citizens. This spirit of tolerance and appreciation is one of the central elements contributing to the stability and peace in Jordan.

More than 92% of Jordanians are Sunni Muslims and approximately 6% are Christians. The majority of Christians belong to the Greek Orthodox Church, but there are also Greek Catholics, Roman Catholics, Syrian Orthodox, Coptic Orthodox, Armenian Orthodox and a few Protestant denominations.

As Jordan is predominantly an Islamic country, greeting people with “As-Salamalakium” is very common amongst Muslims and non-Muslims, a very friendly way to begin any conversation. – Feel free to use it.