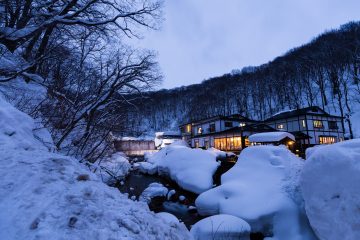 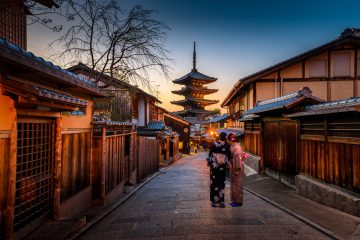 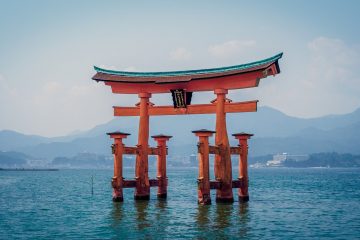 Japan is a country where modern life in the futuristic cities exists alongside ancient traditions such as samurai, shinto and geisha.

Travel to Hiroshima on Honshu Island for a glimpse of its tragic past. The city was largely destroyed by an atomic bomb during World War II. However it rose from the ashes and is now an UNESCO World Heritage Site, home to the beautiful Peace Memorial Park, with its Flame of Peace and Atomic Bomb Dome. 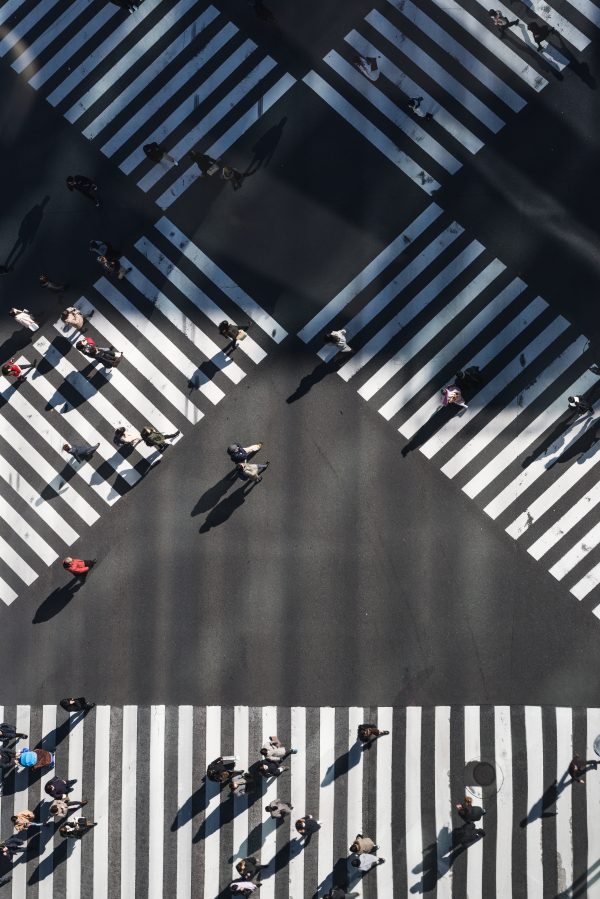 Japan has four distinct seasons: spring is from March to May; summer from June to August; autumn from September to November; and winter is from December to February. Each season has very different temperatures and climates.

Spring is the best time to visit as the weather is mild and the trees are blossoming (most famous being the cherry). Summer is hot, up to 40°C in many places, with oppressive humidity. The only places which escape this are the mountains, and the northern island of Hokkaido. June is usually the rainy season for most of the country. In autumn the weather is generally mild. In winter, Hokkaido, the Japan Alps and much of the Japan Sea coast get a lot of snow. The rest of the mainland gets some snow, and average temparatures are around 1-5°C.

In summer bring loose, comfortable clothes that will keep you cool when the humidity is high. In spring and autumn bring lots of layers and be prepared for some rain. In winter, warm clothes are needed. Comfy shoes that are easy to take off are a good idea as many  temples, restaurants and ryokans (Japanese inns) require you to take your shoes off before entering.

The climate in Japan varies considerably from the northern island of Hokkaido to the southern subtropical island of Okinawa, so check the weather for the areas you will be visiting and bring the necessary clothes. October is a good time for travelling as the humidity is lower and it is still pleasantly warm.

Typical Japanese architecture consists of wooden structures with sliding paper screens, tatami mats and curved roofs. Japan is also a hotbed for contemporary architecture with lots of eye-catching creations mainly in the leading cities. There is a long tradition of arts which encompasses sculpture, textiles, ink painting, calligraphy, ukiyo-e woodblock printing and much more.

Make sure you form an orderly queue when waiting to board trains or subways. Many  temples, restaurants, ryokans (Japanese inns)and private homes require you to take your shoes off before entering. There is no culture of tipping in Japan so do not leave your change on the table when leaving a restaurant. Do not smoke unless in an area that is a smoking designated area.

Japanese people are an ethnic group that is native to the Japanese archipelago and modern country of Japan, where they constitute 98.5% of the total population. Worldwide, approximately 129 million people are of Japanese descent.

Religion in Japan is dominated by Shinto and by Buddhism. Shinto (“the way of the gods”) is the indigenous faith of the Japanese people and is as old as Japan itself.