Italy has one of the most diverse and beautiful landscapes in Europe; the world’s greatest hoard of art treasures; a delicious and authentic national cuisine; and more Unesco World Heritage cultural sites than any other country on Earth.

Italy’s cities are on many a traveller’s bucket list, and for good reason – they offer an enticing mix of scenery, historic and ancient sites, and of course, great cuisine. Rome is home to baroque churches, art-filled museums and the ancient Colosseum. The canals and narrow streets of Venice make it one of the most beautiful and romantic cities in the country. Florence is an important Renaissance architectural and art centre, home to the Duomo and Michelangelo’s “David”. And let’s not forget Milan, Naples, Verona, Turin, Genoa, Siena – the list is endless!

Tuscany is a stunning area with picturesque medieval hill towns, scenic countryside, vineyards and seaside towns. Puglia on the “heel of the boot” offers a look at the unique stone huts known as trulli, and is a peaceful destination to get away from the crowds.

Along the coastline the Amalfi Coast is one of the most spectacular regions where picturesque villages such as Positano rise up the cliffs. Sicily is the largest island in the Mediterranean and is surrounded by beautiful beaches and coastal towns.

In Northern Italy, Lake Garda is Italy’s largest and most visited lake where picturesque villages, medieval castles, and lakeside promenades dot the shoreline. 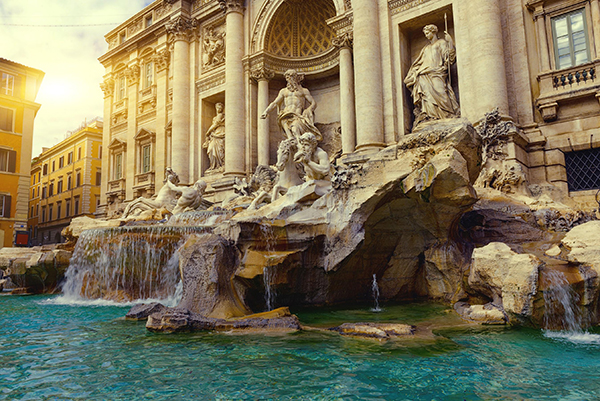 In the north of the country the climate is harsh, with very cold winters and very hot and humid summers. In central Italy the climate is milder, with a longer summer and a shorter and less intense cold season. In southern Italy and the islands winters are milder, and spring and autumn temperatures are similar to those reached in the summer in other areas of Italy.

Dress according to the seasons, so light, cotton clothes for the summer and warm clothes for autumn and winter. Good walking shoes are recommended, especially for seeing the sights in the cities and for long walks out in the countryside. And bring a good appetite for all the delicious Italian food!

Temperatures vary widely in Italy so before travelling, check temperature tables for the region that you will be visiting.

Italy is known for its considerable architectural achievements, such as the construction of arches, domes and similar structures during ancient Rome; the founding of the Renaissance architectural movement in the late 14th to 16th century, and being the homeland of Palladianism, a style of construction which inspired movements such as that of Neoclassical architecture. Several of the finest works in Western architecture, such as the Colosseum, the Duomo of Milan, the Mole Antonelliana in Turin, Florence cathedral and the building designs of Venice are found in Italy.

Dance played a vital role in Renaissance theatre where troupes of Commedia dell’ Arte performers relied on songs and dances to break up the action of their improvised comedies. Italy is also the birthplace of opera, and home to composers renowned the world over including Paganini, Verdi, Puccini and Vivaldi. You will find theatres and opera houses all over Italy, along with many music and dance festivals.

Italy is home to more than 62 million individuals as of 2017. About 96% of the population is Italian, though there are many other ethnicities including North African Arab, Italo-Albanian, Albanian, German, Austrian and some other European groups.

Christianity is the dominant religion, with 71.4% of the population being Christians. Muslims account for 3.1%; Buddhists 0.4%; 0.6% ascribe to other religions such as Hinduism, Sikhism, and Judaism. Vatican City, the headquarters of over one billion Catholics worldwide, is located in Italy and has a massive influence on the growth of the Catholic Church in the country. 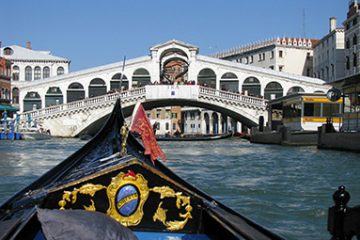 Highlights Skip the queues on a special tour of the Vatican. Discover the art, artisans and architecture of Tuscany. Glide 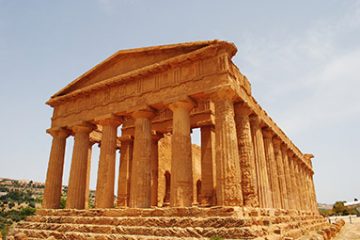 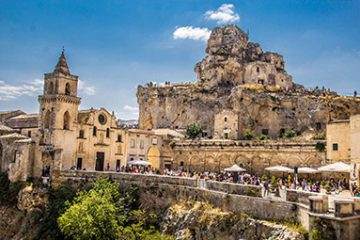 Highlights Sample regional specialties and drink locally produced wines. Explore Sorrento and the villages of the Amalfi Coast. Immerse yourself 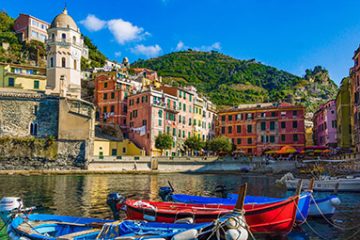 Highlights Travel by train on a gastronomic tour from Milan to Lake Como. View Leonardo da Vinci’s masterpiece, The Last