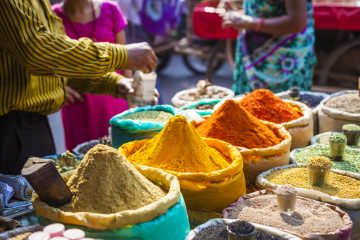 Highlights Journey through the lanes of Asia’s largest spice market. Photograph piles of vividly coloured spices and porters pushing their 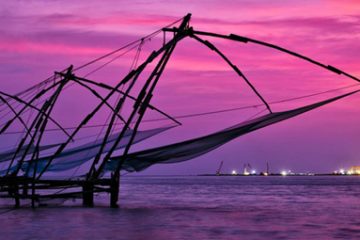 Highlights Discover the legacy of the French, Dutch and Portuguese in quaint colonial-era cities. Take a boat ride on Lake 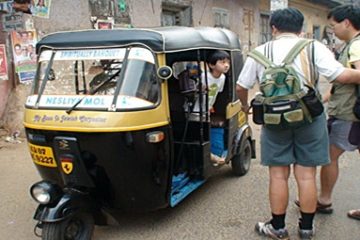 Highlights Travel by tuk-tuk through the narrow alleys and picture-postcard streets of Fort Cochin. Visit the 16th century St Francis 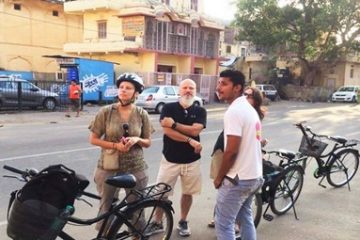 Highlights Take an early morning cycle ride through the colourful streets of Jaipur. See the Water Palace in Sagar Lake 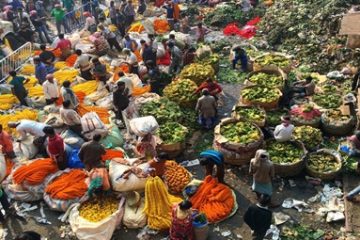 Highlights Browse for unique items and souvenirs in the bustling bazaars and markets. Sip coffee in a beautiful coffee house 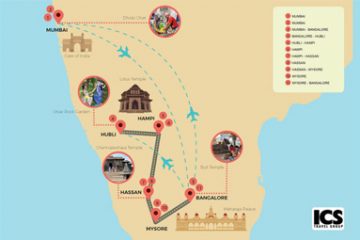 Highlights Discover the striking monuments, ancient capitals and unique culture of the Deccan Plateau. Wander amongst the unique landscapes and 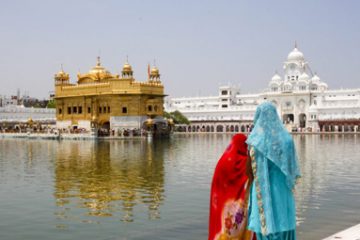 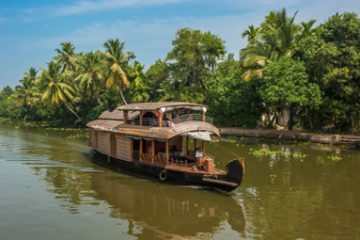 Highlights Uncover the charms of Cochin, home to giant fishing nets and classical Keralan arts. Spend a night on a 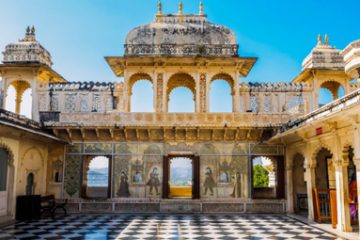 Highlights Explore India in royal old-world style on one of the most luxurious trains in the world. Discover incredible North 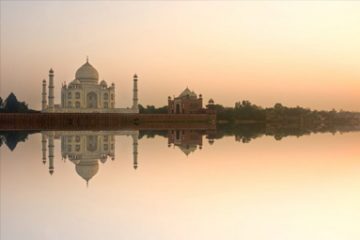 Highlights Compare the chaotic narrow lanes of Old Delhi with the imperial monuments of New Delhi. Explore the sprawling Amber 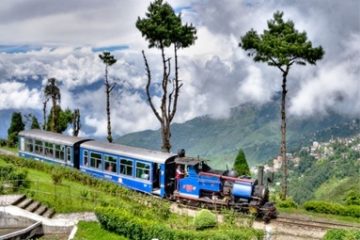 Highlights Take a ride on a heritage train through breathtaking mountain landscapes. Visit a charming colonial tea plantation set on 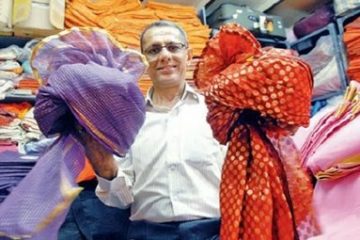 Highlights Enjoy a delicious home-cooked meal of local specialties in an old aristocratic house. Learn the traditional art of turban 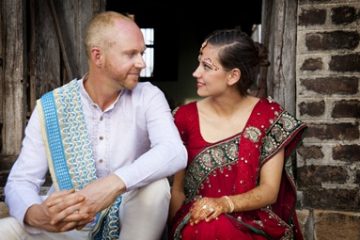 Renewal of Vows and Henna Experience

Highlights Spend a romantic afternoon with your loved one renewing your vows. Experience an ancient Indian blessing performed by a 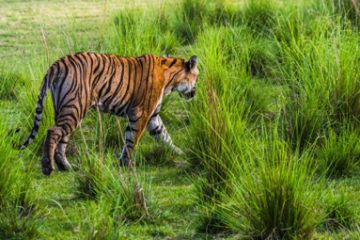 Highlights Search for the elusive tiger in some of India’s finest national parks and tiger reserves. Witness the wild beautiful 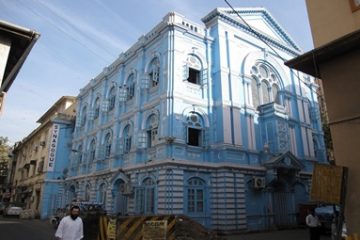 Jewish Heritage of Mumbai by Walk

Highlights Gain insight into the history, culture and sects of India’s Jewish communities. Visit the historical docks and stunning synagogues 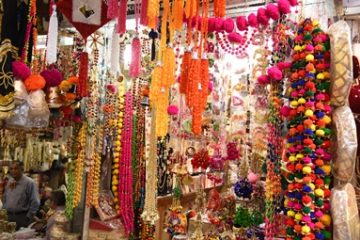 Highlights Discover Delhi’s historic time-honoured Mughal and British heritage. Weave in and out of the vibrant streets of old Delhi 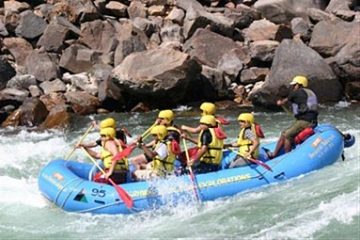 Highlights Get soaked in the adrenaline rush of river rafting on the Ganges. Experience the exhilaration of fun-filled rapids and 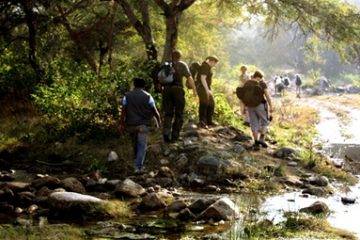 Highlights Trek through scenic countryside with views of the rugged Aravali Mountains. Interact with the villagers to gain an insight 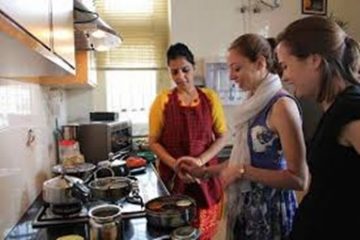 Highlights Take part in a cooking class in the kitchen of a local house. Learn how to prepare traditional biryani 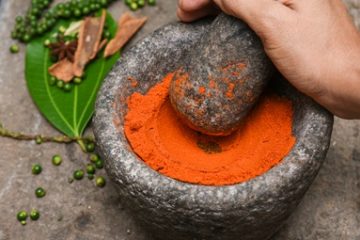 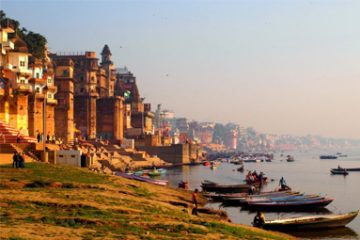 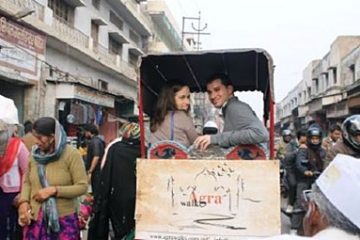 Highlights Get to know the street culture of Agra the local way, by exploring on foot. Taste traditional Indian treats 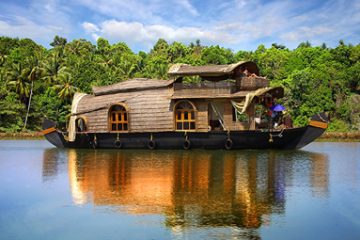 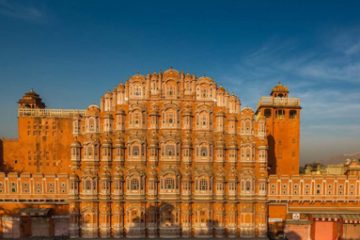 Highlights Travel by train to the pink city of Jaipur, home to forts and havelis. Visit the majestic Amber Fort 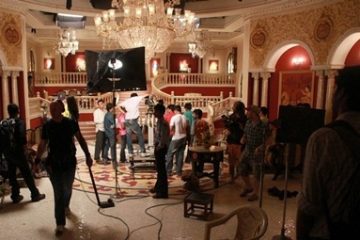 Highlights Get a glimpse behind the scenes of the glitzy, glamorous and vibrant world of Bollywood. Tour the studios and 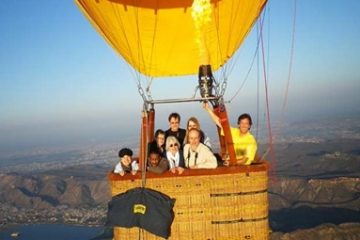 Highlights Float high above the pink painted rooftops of the city of Jaipur. Watch the balloon being inflated and prepared 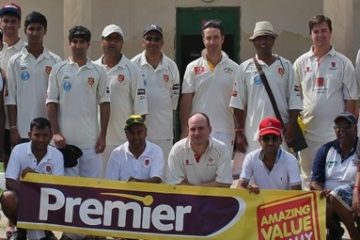 Highlights Join in a fun cricket match in India with a local Indian team. Understand the passion behind India’s much-loved 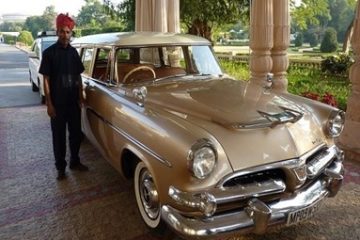 Highlights Explore the rich culture and heritage of Jaipur by vintage car. Navigate the chaotic streets in the glamorous style 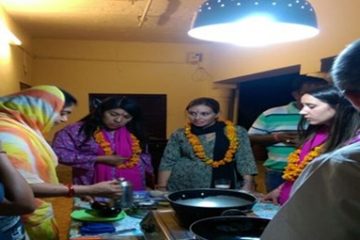 Dinner with the Nobles of Jaipur

Highlights Spend the evening in a traditional Haveli owned by a noble family. Watch your hosts preparing tasty authentic Rajasthani

India is rich in tradition and colourful cultures -a mystical land that offers an array of unforgettable experiences and casts a magical spell on its visitors.

Northern India is home to the capital Delhi, a city brimming with tombs, forts, mosques and bazaars. Just three hours from Delhi, Agra boasts three UNESCO-listed World Heritage sites including the magnificent white mausoleum of the Taj Mahal by the River Yamuna.

Northwest India shelters Rajasthan, the legendary land of Rajas and Maharajas and the epitome of romantic India with its sand dunes, dusty deserts, ornate palaces and imposing forts.

Coastal India enjoys a relaxed atmosphere. Goa’s Portuguese history is reflected in its cuisine and its Catholic churches. Its laidback air and hippy markets have remained long after the hippies left. Further south, Kerala’s secluded backwaters may be experienced at a leisurely pace from a wooden houseboat.

West coast Mumbai showcases colonial architecture and the glamorous world of Bollywood, while Chennai clings on to its artistic and cultural heritage. In Bangalore, a dynamic hub for young IT professionals, the face of modern India is emerging. 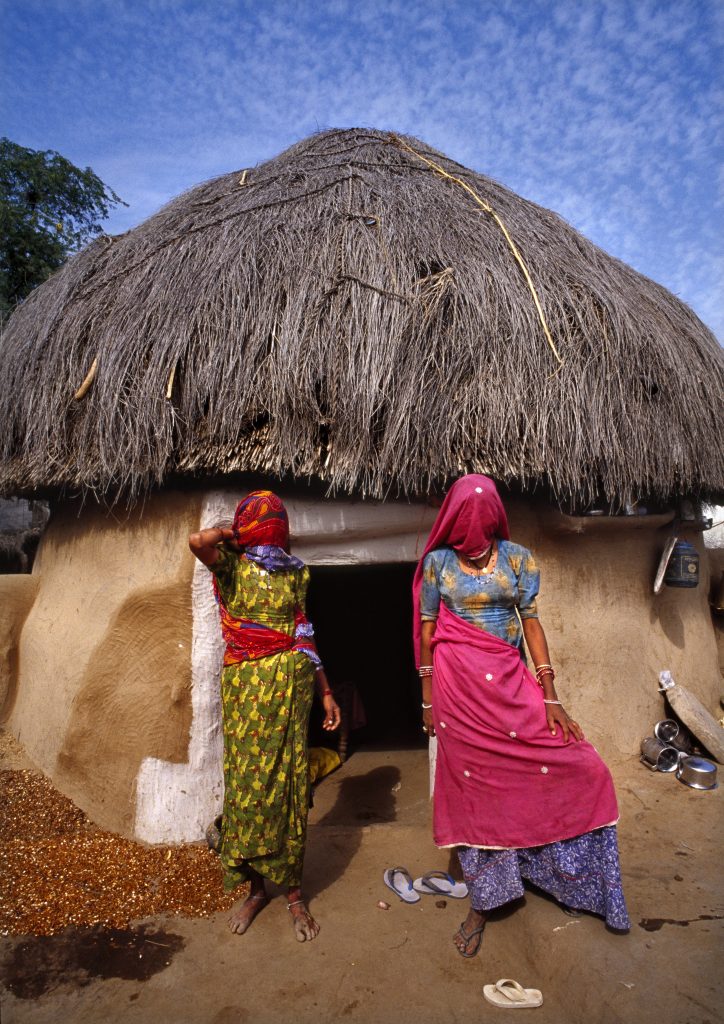 Although predominantly hot, India has different climatic regions, ranging from the glacial north to desert in the west and the tropical coast and islands in the south. The largely tropical weather patterns of India make it subject to natural meteorological events such as drought, cyclones and flooding.

The best time to visit India is in the winter, from December until early March. The whole country tends to get very hot from April onwards and most regions experience the summer monsoon from June to September. If visiting the Himalayas, please be prepared for very cold weather in January and February.

India is a huge country with diverse weather conditions so please check the weather in advance for the areas you will be visiting.

Indian architecture is rooted in its history, culture and religion. The best-known architectural styles include the many varieties of Hindu temple architecture; Indo-Islamic architecture, especially Mughal architecture; Rajput architecture and Indo-Saracenic architecture. The origin of Indian art can be traced to prehistoric settlements. It consists of a variety of art forms, including painting, sculpture, pottery, and textile arts such as woven silk.

Theatre in India is one of the most ancient forms of theatre and features detailed textual, sculptural and dramatic effects. Like in the areas of music and dance, Indian theatre is also defined by dramatic performance based on the concept of Nritya, which is a Sanskrit word for drama but encompasses dramatic narrative, virtuosic dance, and music. In contemporary India, the country is famous for its film industry based in Mumbai – known as Bollywood.

According to the 2011 Indian national census, the population of India stood at over 1.2 billion people, making it the world’s second-most populous country. It is a diverse multi-ethnic country that is home to thousands of small ethnic and tribal groups. Among the documented invasions that added significantly to the Indian ethnic mix are those of Persians, Scythians, Arabs, Mongols, Turks and Afghans. The last and politically most successful – that from Europe – vastly altered Indian culture but had relatively little impact on India’s ethnic composition.

Although approximately 80% of the citizens of India are Hindus, the country has a substantial population of Muslims, Christians, Sikhs, Buddhists, Jains, Parsis and adherents of tribal faiths.