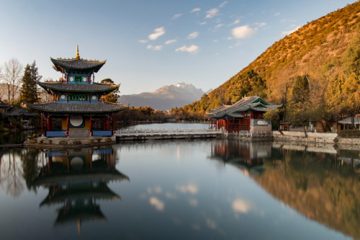 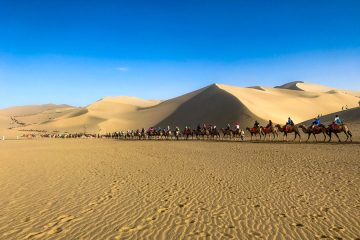 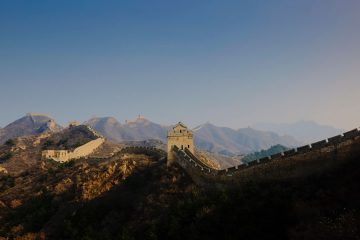 12 Days - Highlights of China Highlights - Explore the Forbidden City in Beijing, home to 9999 different rooms; and

China is a land with a long and varied history, from the times of the dynasties to the emerging giant of today. There are a myriad of contrasts and mysteries waiting to be discovered.

The third-largest country in the world by size, China is bounded to the north by the deserts of Mongolia, to the west by the Tibetan plateau and the Himalayas, and to the east by the East and South China Seas. China’s 22 provinces and five autonomous regions are governed from Beijing, along with some 5000 islands. China isn’t just a country – it’s the old and the new world.

From shop-till-you-drop metropolises to the epic grasslands of Inner Mongolia – with deserts, sacred peaks, astounding caves and imperious ruins – China is a land of cultural and geographical wonders. It is also a land of towering mountains and epic landscapes – background scenery to the fall of dynasties, the rise of emperors and the turning of the revolutionary wheel.

China hasn’t done away with its Maoist past – it is more that the yin of revolutionary zeal is being balanced with the yang of economic pragmatism. The old guard communists are giving way to the new wave entrepreneurs. Be impressed by the high standard of hotels, by the friendliness of the people and how safe it is to travel around. 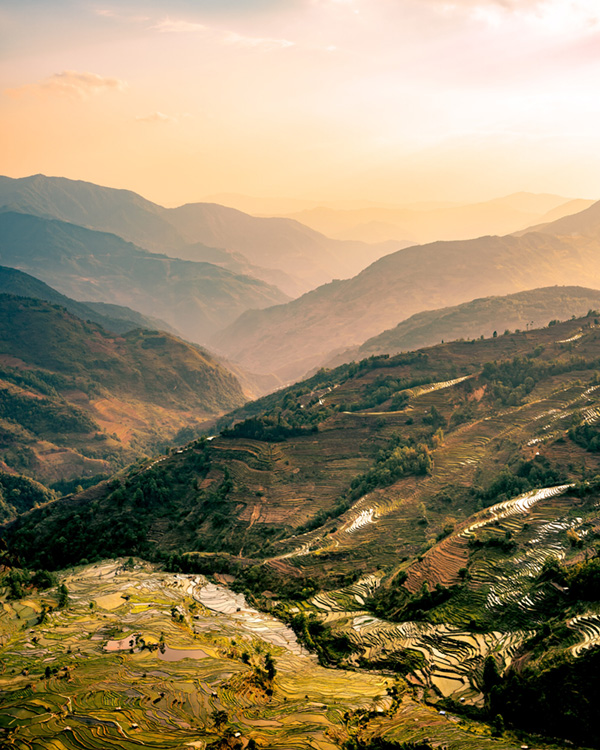 While most regions in China have four seasons; these seasons differ greatly. Some regions in the south have a longer summer while in the north the winter can last for almost six months of the year. Although they do exist, spring and autumn can be just a few weeks in many regions.

Spring is from March to May; Summer from June to August; Autumn from September to November; and Winter from December to February.

China is a huge country, and has a great variety of climates. Winter is freezing cold in the north, in the mountains and the plateaus, while it’s mild in the south. Summer is hot everywhere, except in highlands and high mountains. If we exclude the vast western desert areas, where rainfall is scarce and irregular, summer is the rainiest season. The rainiest part of the country is the south-east, while the least rainy is the north-west.

In general, visitors to China should pack casual, comfortable attire: a couple of shirts, sweaters, and a jacket (depending on the season), all of which can be worn in layers to accommodate China’s variety of climates. A sturdy, comfortable pair of walking shoes is highly recommended. Take your favourite toiletries and any medications that you use.

A good pair of sunglasses, a hat, sunscreen lotion and a water bottle are essential, particularly in the desert regions or when at high altitudes.

China is one of the four great ancient civilisations. It is an enormous, mysterious, and beautiful land with so much to see and explore. As the weather varies in each part of China,  please check the weather in advance and dress accordingly.

Ancient Chinese architecture is highly praised for its elegant profile and intricate structure. For example, the quintessential Chinese roof with its overhanging eaves characterised by upturned corners and colourful tiles whose shape varies from building to building contributes to an effect of architectural balance and proportion. These qualities, combined with the roof’s unique and colourful tiled exterior, not only satisfy a functional need, they also contribute to the overall effect of the quintessential Chinese roof as a thing of charm and beauty.

Dance in China is a highly varied art form, consisting of many modern and traditional dance genres. The dances cover a wide range, from folk dances to performances in opera and ballet, and may be used in public celebrations, rituals and ceremonies. There are also 56 officially recognised ethnic groups in China, and each ethnic minority group has its own folk dances. Outside of China, the best known Chinese dances today are the Dragon Dance and the Lion Dance.

The Theatre of China has a long and complex history. Traditional Chinese theatre, often called Chinese opera, is musical in nature. Today’s Chinese theatre is a fascinating colourful spectacle that combines not only acting, but also acrobatic, dance and music. There are also so-called “wandering troupes” that give performances during fairs, festivals and other various events.

The culture in China has been developed over hundreds of years, resulting in countless social etiquette that is only unique to China.

So many foreigners believe that they need to bow to everyone that they greet in China, but that is not true. A simple hi, or ni hao, while shaking a person’s hand and smiling, is always the best option. But don’t grasp their hand too firmly, as it shows aggression and not friendliness. When you are invited to someone’s house, arrive on time and bring a small gift for your host. When eating at a host’s house, you should always try everything that is being offered to you. Often as a guest, you should never take the last few pieces of food off a serving tray, as it is considered bad manners. Good etiquette about exchanging gifts is to refuse the gift a few times before finally accepting it. When accepting the gift, use both hands to show respect and gratefulness.

Chinese is the largest nationality in the world. There are 55 officially-recognised ethnic minorities in China who may also identify as ‘Chinese’,  however the Han Chinese are the largest ethnic group, comprising approximately 92% of its mainland population. Although Hong Kong and Macau are both under Chinese sovereignty, both regions are highly autonomous.

China has been a multi-religion country since ancient times. Confucianism is the soul of Chinese culture and even became the guiding ideology for feudalism society, but did not develop into a national belief. It makes the culture more tolerant to others, thus, many other religions have been brought into the country in different dynasties.

According to a latest survey, 85% of Chinese people have religious beliefs or had some religious practices and only 15% are real atheists. 185 million people believe in Buddhism, 33 million have faith in Christianity, and 12 million are Taoists.